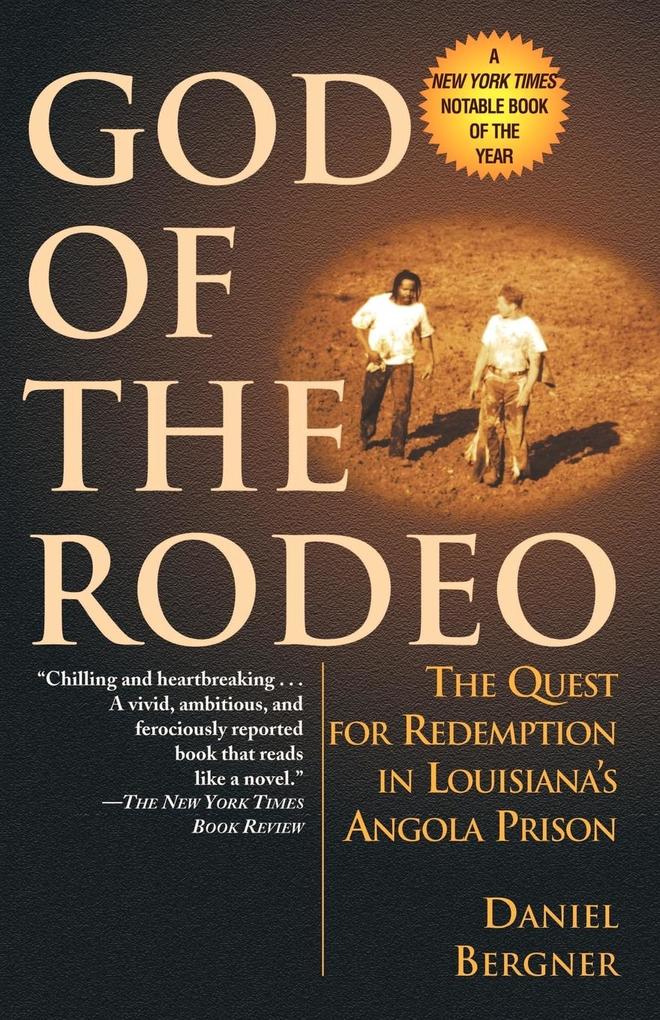 God of the Rodeo

von Daniel Bergner
The Quest for Redemption in Louisiana's Angola Prison. Paperback. Sprache: Englisch.
Taschenbuch
Never before had Daniel Bergner seen a spectacle as bizarre as the one he had come to watch that Sunday in October. Murderers, rapists, and armed robbers were competing in the annual rodeo at Angola, the grim maximum-security penitentiary in Louisian … weiterlesen
Dieser Artikel ist auch verfügbar als:
Geschenk per Mail versenden
Taschenbuch

Never before had Daniel Bergner seen a spectacle as bizarre as the one he had come to watch that Sunday in October. Murderers, rapists, and armed robbers were competing in the annual rodeo at Angola, the grim maximum-security penitentiary in Louisiana. The convicts, sentenced to life without parole, were thrown, trampled, and gored by bucking bulls and broncos before thousands of cheering spectators. But amid the brutality of this gladiatorial spectacle Bergner caught surprising glimpses of exaltation, hints of triumphant skill.

The incongruity of seeing hope where one would expect only hopelessness, self-control in men who were there because they'd had none, sparked an urgent quest in him. Having gained unlimited and unmonitored access, Bergner spent an unflinching year inside the harsh world of Angola. He forged relationships with seven prisoners who left an indelible impression on him. There's Johnny Brooks, seemingly a latter-day Stepin Fetchit, who, while washing the warden's car, longs to be a cowboy and to marry a woman he meets on the rodeo grounds. Then there's Danny Fabre, locked up for viciously beating a woman to death, now struggling to bring his reading skills up to a sixth-grade level. And Terry Hawkins, haunted nightly by the ghost of his victim, a ghost he tries in vain to exorcise in a prison church that echoes with the cries of convicts talking in tongues.

Looming front and center is Warden Burl Cain, the larger-than-life ruler of Angola who quotes both Jesus and Attila the Hun, declares himself a prophet, and declaims that redemption is possible for even the most depraved criminal. Cain welcomes Bergner in, and so begins a journey that takes the author deep into a forgotten world and forces him to question his most closely held beliefs. The climax of his story is as unexpected as it is wrenching.

Rendered in luminous prose, God of the Rodeo is an exploration of the human spirit, yielding in the process a searing portrait of a place that will be impossible to forget and a group of men, guilty of unimaginable crimes, desperately seeking a moment of grace.

Daniel Bergner is a journalist and author of the novel Moments of Favor. He lives with his wife and two children in New York City.