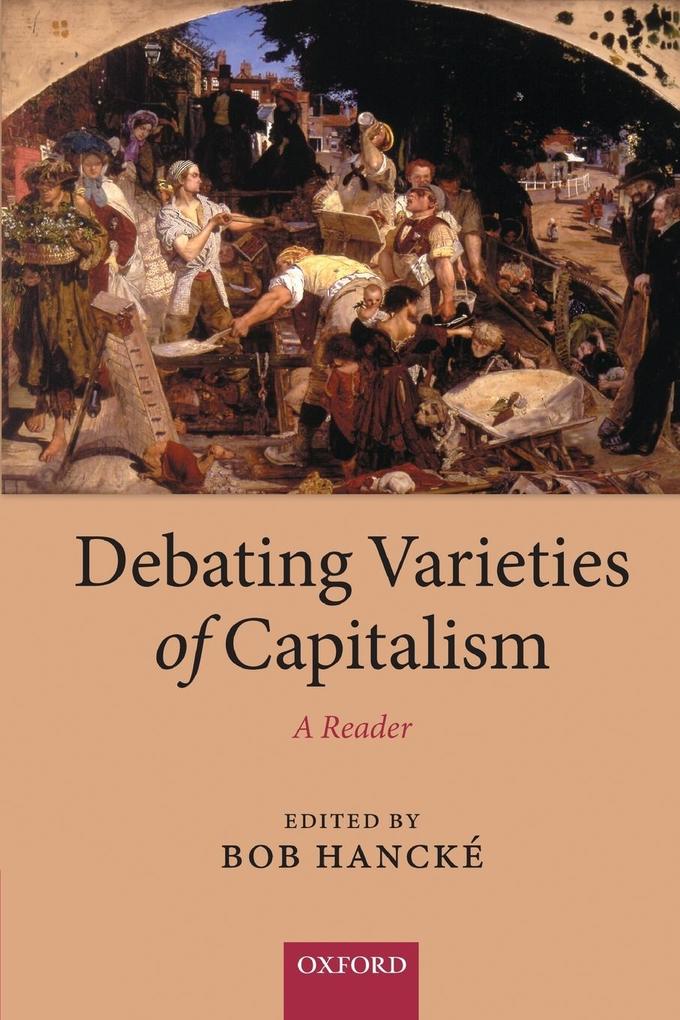 Peter Hall and David Soskice's Varieties of Capitalism has become a seminal text and reference point across the social sciences, generating debate and research around political-economic models. Here, Bob Hanck presents the key readings on "Varieties of Capitalism," including the original Hall and Soskice introduction, which encompass the key issues in the study of capitalism and capitalist diversity, its origins, and the debates that followed it. Beginning with the broad theoretical arguments around the idea of "Varieties of Capitalism," the book then goes on to focus on specific empirical controversies, before finally considering recent attempts at rethinking this influential framework. The Debating Varieties of Capitalism Reader is the perfect guide to understanding this set of ideas that have changed the way we look at comparative political economy.

Bob Hancké is a Reader in European Political Economy at the London School of Economics and Political Science. Previous appointments were at the Wissenschaftszentrum Berlin, at the J.F. Kennedy School and the Center for European Studies at Harvard University, as a Jean Monnet Fellow at the EUI in Florence, and as a doctoral researcher at MIT. He wrote Large Firms and Institutional Change (Oxford University Press, 2002), co-edited Beyond Varieties of
Capitalism (Oxford University Press, 2007) and participated in the project that led to Varieties of Capitalism edited by Peter Hall and David Soskice (Oxford University Press, 2001). His research interests are the political economy of advanced capitalist societies, the relation between institutions and macro-economic
policy, and labour relations.