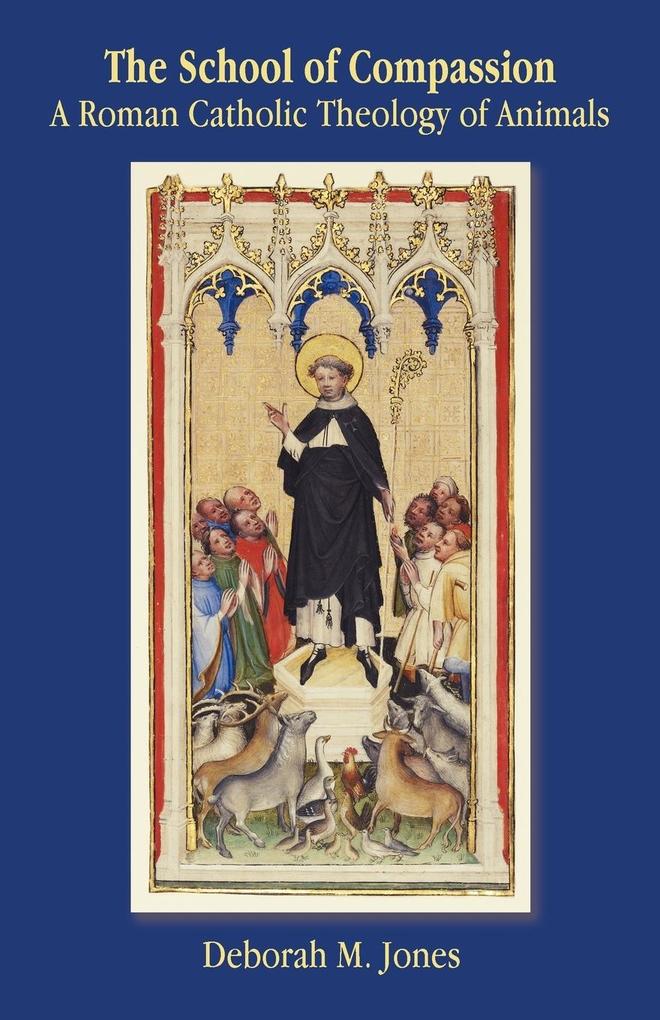 The School of Compassion

von Deborah M Jones
Paperback. Sprache: Englisch.
Taschenbuch
In The School of Compassion, Deborah M. Jones engages with the Catholic Church's contemporary attitude towards animals. This is the fullest sustained study of the subject in that faith tradition.
It begins by exploring the history of the C … weiterlesen
Geschenk per Mail versenden
Taschenbuch

In The School of Compassion, Deborah M. Jones engages with the Catholic Church's contemporary attitude towards animals. This is the fullest sustained study of the subject in that faith tradition.
It begins by exploring the history of the Church's ideas about animals. These were drawn largely from significant readings of Old and New Testament passages and inherited elements of classical philosophies. Themes emerge, such as the renewal of creation in the apocryphal legends, in the Desert Fathers, and in Celtic monasticism. The spirituality of St Francis of Assisi, the legal status of animals, and liturgies of the Eastern Catholic Churches also shed light on the Church's thinking. The British Catholic tradition - which is relatively favourable to animals - is considered in some detail.
The second part of the book provides a forensic examination of the four paragraphs in the Catechism of the Catholic Church which relate particularly to animals.
Finally, major contemporary issues are raised - stewardship, anthropocentrism, and gender - as well as key ethical theories. The revisits some teachings of Aquinas, and explores doctrinal teachings such as that of human beings created in the 'image of God', and, with a nod to the Orthodox Tradition, as the 'priests of creation'. These help form a consistent and authentically Catholic theology which can be viewed as a school of compassion towards animals.

The joy of this book is that it helps Catholic Christians to re-engage with the issue of animals by utilising the riches from within their own tradition....And what Dr Deborah Jones has discovered is a remarkably more complex, infinitely richer, and considerably more animal-friendly Catholic tradition than might be supposed by the usual caricatures. This book is the fullest systematic treatment of the moral status of animals within the Roman Catholic tradition. It is the result of painstaking scholarship, wide reading, and, most of all, insightful theological exploration. It builds on the work of others, like myself, and provides a stream of fresh perspectives on our lives with God's other creatures. It is a deeply Catholic work, and I pray that it strikes a deep chord within the Catholic community here and overseas. Revd Professor Andrew Linzey

Deborah M Jones is general secretary of the international organisation Catholic Concern for Animals and a Fellow of the Oxford Centre for Animal Ethics, with a doctorate in animal theology. She has also worked as editor of the Catholic Herald, deputy editor of Priests & People, as a writer and lecturer, and diocesan adviser for adult religious education.