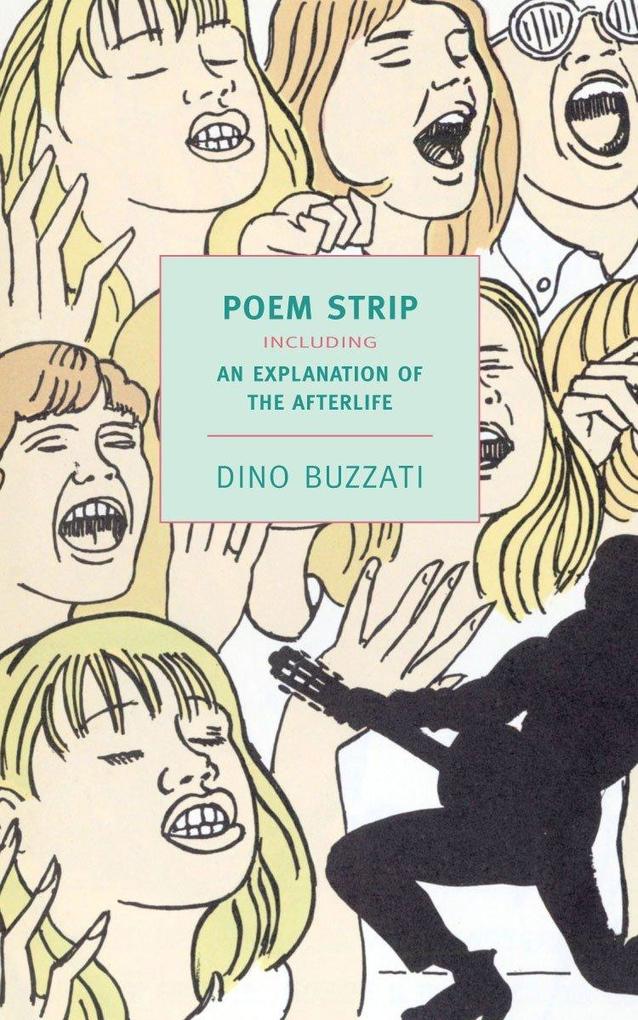 There's a certain street—via Saterna—in the middle of Milan that just doesn't show up on maps of the city. Orfi, a wildly successful young singer, lives there, and it's there that one night he sees his gorgeous girlfr … weiterlesen
Geschenk per Mail versenden
Jetzt nur

Including an Explanation of the Afterlife.
Main.
Colour illustrations.
Sprache: Englisch.

There's a certain street—via Saterna—in the middle of Milan that just doesn't show up on maps of the city. Orfi, a wildly successful young singer, lives there, and it's there that one night he sees his gorgeous girlfriend Eura disappear, "like a spirit,” through a little door in the high wall that surrounds a mysterious mansion across the way. Where has Eura gone? Orfi will have to venture with his guitar across the borders of life and death to find out.

Featuring the Ashen Princess, the Line Inspector, trainloads of Devils, Trudy, Valentina, and the Talking Jacket, Poem Strip—a pathbreaking graphic novel from the 1960s—is a dark and alluring investigation into mysteries of love, lust, sex, and death by Dino Buzzati, a master of the Italian avant-garde.

Dino Buzzati (1906-1972) came from a distinguished family that had long been resident in the northern Italian region of the Veneto. His mother was a veterinarian; his father, a professor of international law. Buzzati studied law at the University of Milan and, at the age of twenty-two, went to work for Corriere della Sera, where he remained for the rest of his life. He served in World War II as a journalist connected to the Italian navy and on his return published the book for which he is most famous, The Tartar Steppe. A gifted artist as well as writer, Buzzati was the author offive novels and numerous short stories, as well as books for children, including The Bears' Famous Invasion of Sicily (published in The New York Review Children's Collection).

Marina Harss is a translator and dance writer living in New York City. Her recent translations include Mariolina Venezia's Been Here a Thousand Years, Alberto Moravia's Conjugal Love, and Pier Paolo Pasolini's Stories from the City of God.