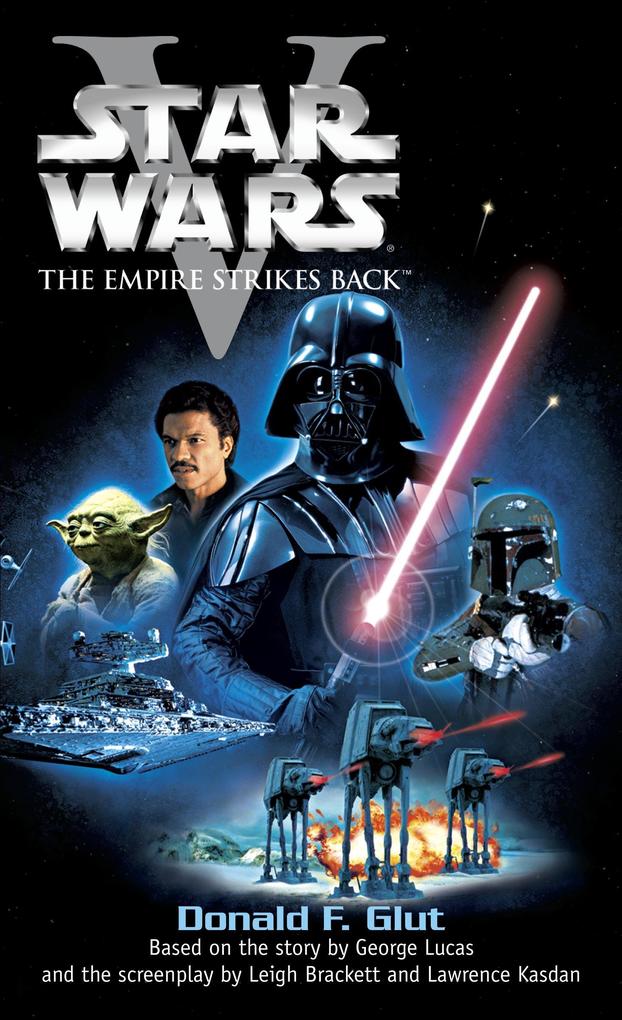 von Donald F. Glut
Special. Sprache: Englisch.
Taschenbuch
Based on the story by George Lucas and the screenplay by Leigh Brackett and Lawrence Kasdan

The adventures of Luke Skywalker did not end with the destruction of the Death Star.

Though the Rebel Alliance won a significant battle, the war against the Emp … weiterlesen

The adventures of Luke Skywalker did not end with the destruction of the Death Star.

Though the Rebel Alliance won a significant battle, the war against the Empire has only just begun.

Several months have passed, and the Rebels have established a hidden outpost on the frozen wasteland of Hoth. But even on that icy backwater planet, they cannot escape the evil Darth Vader's notice for long.

Soon Luke, Han, Princess Leia, and their faithful companions will be forced to flee, scattering in all directions-with the Dark Lord's minions in fevered pursuit.

Donald F. Glut has been a musician, actor, film director, photographer and copywriter, but is mostly known for his long career as a freelance writer. He has authored approximately eighty fiction and non-fiction books, myriad TV scripts (live action and animation shows, both network and syndicated), motion-picture scripts, comic-book scripts, short stories, magazine articles and even music. Don is best known, however, for his novelization of the second "Star Wars" movie The Empire Strikes Back. Currently, Don is executive-producing, writing and directing "traditional-style" horror movies-featuring iconic monsters-for his company Pecosborn Productions, and is also a regular script writer for The Creeps, a horror comics magazine.