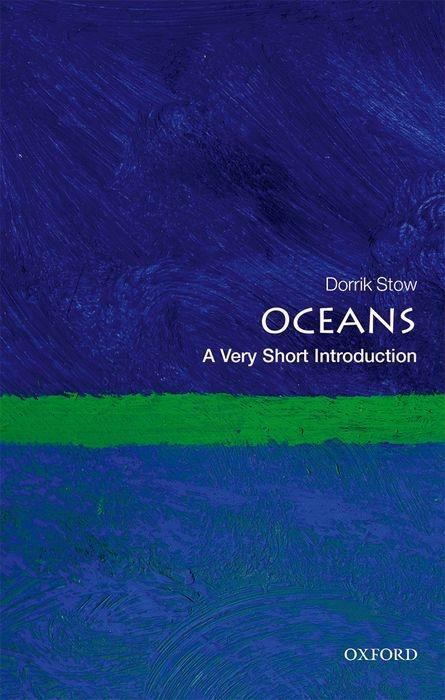 von Dorrik (Director, Institute of Petroleum Engineering, Heriot Watt University) St (…)
30 black and white images. Sprache: Englisch.
Taschenbuch
Our oceans are hugely important, as a source of food and mineral wealth, as an environment for a vast variety of wildlife, for the role they play in climate regulation, and as part of the biogeochemical cycles of carbon, nitrogen, and other elements … weiterlesen
Dieser Artikel ist auch verfügbar als:
Geschenk per Mail versenden
Jetzt nur

The importance of the oceans to life on Earth cannot be overstated. Liquid water covers more than 70% of our planet's surface and, in past geological time, has spread over 85%. Life on Earth began in the oceans over 3.5 billion years ago and remained there for the great majority of that time. Today the seas still provide 99% of habitable living space, the largest repository of biomass, and holds the greatest number of undiscovered species on the planet. Our oceans
are vital for the regulation of climate, and with global warming and decreasing land area, they have become increasingly important as the source of food, energy in the form of oil and gas, and for their mineral wealth. Oceans also form a key part of the biogeochemical cycles of carbon, nitrogen, and
other elements critical to life. Nutrients in upwelling areas are spread by ocean currents, and the plankton of the seas supports a wealth of wildlife.

In this Very Short Introduction Dorrik Stow analyses these most important components of our blue planet and considers their relationship with, and exploitation by, humans. He shows how the oceans are an essential resource to our overpopulated world, and discusses why exploration and greater scientific understanding of the oceans, their chemistry, and their mineral wealth are now a high priority. Stow also explores what we know of how oceans originate, and evolve and change; the shape
of the seafloor and nature of its cover; the physical processes that stir the waters and mix such a rich chemical broth; and the inseparable link between oceans and climate. As polar ice melts and sea-levels rise, countless millions who have made their homes on low-lying lands close to the sea are threatened.
As scientific exploration of the seas gathers pace, the new knowledge gained of the ocean-Earth systems and their interaction with the human environment is vital to our understanding of how we can preserve these ultimately fragile environments.

ABOUT THE SERIES: The Very Short Introductions series from Oxford University Press contains hundreds of titles in almost every subject area. These pocket-sized books are the perfect way to get ahead in a new subject quickly. Our expert authors combine facts, analysis, perspective, new ideas, and enthusiasm to make interesting and challenging topics highly readable.

Professor Dorrik Stow, of Heriot-Watt University, is a sedimentologist and oceanographer. As well as publishing over 200 research papers, he has been active in science outreach, lecturing widely. His most recent books include Encyclopedia of the Oceans (OUP, 2004), Sedimentary Rocks in the Field: A Colour Guide (Manson Publishing, 2005), and Vanished Ocean (OUP, 2012).

The text is clean and clear. Most of the precise, technical words that decorate geological literature have been replaced by simpler words or phrases. Importantly, this makes the book available to a far wider audience ... This book needs promoting and updating annually. David Edwards, Geoscientist
Kunden, die diesen Artikel gekauft haben, kauften auch