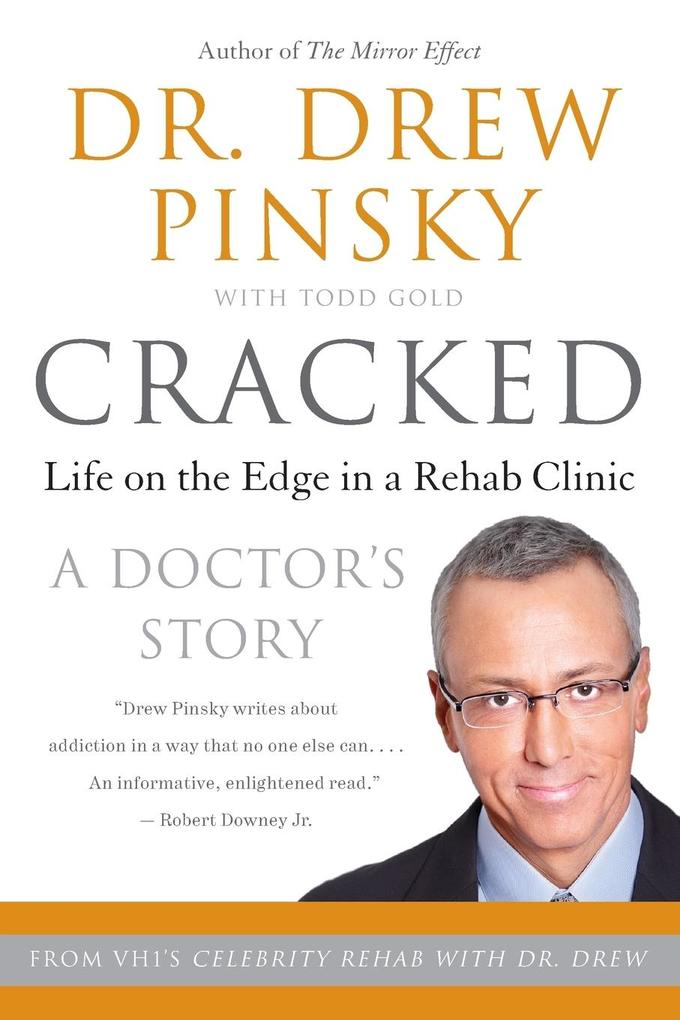 Life on the Edge in a Rehab Clinic.
Paperback.
Sprache: Englisch.

Dr. Drew Pinsky is best known as the cohost of the long-running radio advice program Loveline. But his workday is spent at a major Southern California clinic, treating the severest cases of drug dependency and psychiatric breakdown. In this riveting book, Pinsky reveals the intimate and often shocking stories of his patients as they struggle with emotional trauma, sexual abuse, and a host of chemical nemeses: alcohol, marijuana, Ecstasy, heroin, speed, cocaine, and prescription drugs. At the center of these stories is Pinsky himself, who immerses himself passionately, almost obsessively, in his work. From the sexually compulsive model to the BMW-driving soccer mom, Cracked exposes, in fast-moving, powerful vignettes, the true scope and severity of addiction, a nationwide epidemic.

One of the most listened-to doctors in America, Dr. Drew Pinsky is a practicing physician who is board certified in internal and addiction medicine. He is the executive producer and host of the hit VH1 reality series Celebrity Rehab with Dr. Drew, Celebrity Rehab Presents Sober House, and Sex Rehab with Dr. Drew. On radio he is the host of the nationally syndicated program Loveline. He is the author of Cracked: Putting Broken Lives Together Again and When Painkillers Become Dangerous. Pinsky lives in Southern California with his wife, Susan, and their teenage triplets.