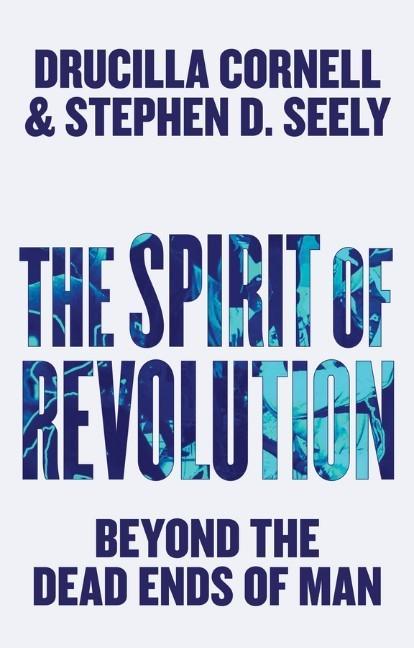 The Spirit of Revolution: Beyond the Dead Ends of Man

von Drucilla Cornell, Stephen D. Seely
Beyond the Dead Ends of Man. 1. Auflage. Sprache: Englisch.
Taschenbuch
In recent years, feminist and queer theory have effectively disavowed both "the human" and revolutionary politics. In the face of massive geopolitical crisis, posthumanists have called for us to reconsider fundamentally the superiority and centrality … weiterlesen
Dieser Artikel ist auch verfügbar als:
Geschenk per Mail versenden
Taschenbuch

Beyond the Dead Ends of Man.
1. Auflage.
Sprache: Englisch.

In recent years, feminist and queer theory have effectively disavowed both "the human" and revolutionary politics. In the face of massive geopolitical crisis, posthumanists have called for us to reconsider fundamentally the superiority and centrality of mankind and "the human," and question how Man can presume to change the world by revolutionary action, particularly when Marx's dreams seem to have been swept into the dustbin of history.

This provocative book reaffirms what is most basic in feminism - the attack on the "universality" and sovereignty of Man - but contends that the only way this can mean anything other than pessimistic rhetoric is to embrace human agency and the struggle against colonialism and capitalism. In a series of "creolized" readings - Foucault with Ali Shari'ati, Lacan with Fanon, and Spinoza with Sylvia Wynter - the authors demonstrate what is at stake in the ongoing debate between humanism and posthumanism, putting this debate in the context of contemporary global crises and the possibilities of revolution.

In its defense of "political spirituality," this book pushes for a new trajectory in response to the gross inequalities of today, one that offers us a very different view of revolution and its present-day potential.

Stephen D. Seely is a PhD candidate in the Department of Women's and Gender Studies at Rutgers University

"A remarkable book, worthy of the twenty-first century and the new demands placed on theory and practice. Cornell and Seely argue for a spirit of revolution that is at once wary of the false hegemony of man, while nevertheless insisting on the promise of a new politics that finds its energy in sexual difference and queerness. This book will generate lively debate; it is not one more "turn" towards inhuman, posthuman or non-human materialisms, but it is all the more revolutionary for holding on to struggles of the polity." Claire Colebrook, Penn State

"The Spirit of Revolution is a courageous, very engaging and timely work that packs a real revolutionary punch. Supplementing political economy, the authors speak directly and brilliantly to the erotic, racial, and spiritual challenges of self-transformation that must be integral parts of any attempt at re-imagining the urgently needed socialist alternative to contemporary capitalism. This is engaged philosophy at its best, with great power to expand consciousness and deepen our ethical responses to the planetary dimensions of crisis that we must now address. An extremely important philosophical work." Paget Henry, Brown University
Kunden, die diesen Artikel gekauft haben, kauften auch
Schreiben Sie eine Rezension

Schreiben Sie eine Bewertung für: The Spirit of Revolution: Beyond the Dead Ends of Man