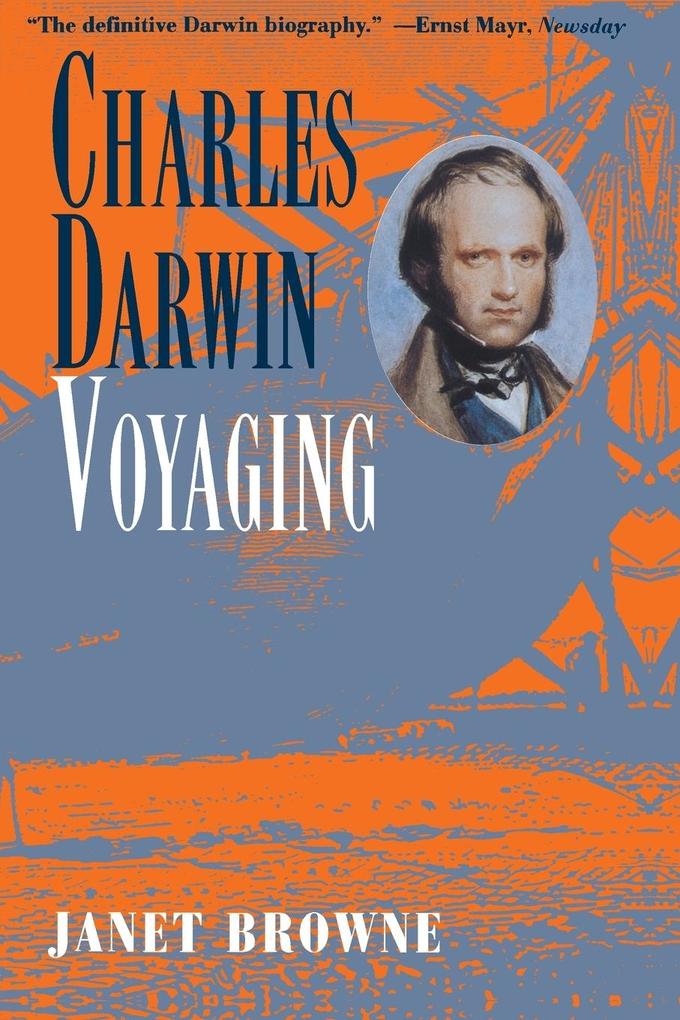 14% Rabatt sichern mit Gutscheincode: LIEBE14
​
Few lives of great men offer so much interest--and so many mysteries--as the life of Charles Darwin, the greatest figure of nineteenth-century science, whose ideas are still inspiring discoveries and controversies more than a hundred years after his … weiterlesen
Geschenk per Mail versenden
Taschenbuch

Few lives of great men offer so much interest--and so many mysteries--as the life of Charles Darwin, the greatest figure of nineteenth-century science, whose ideas are still inspiring discoveries and controversies more than a hundred years after his death. Yet only now, with the publication of Voyaging, the first of two volumes that will constitute the definitive biography, do we have a truly vivid and comprehensive picture of Darwin as man and as scientist. Drawing upon much new material, supported by an unmatched acquaintance with both the intellectual setting and the voluminous sources, Janet Browne has at last been able to unravel the central enigma of Darwin's career: how did this amiable young gentleman, born into a prosperous provincial English family, grow into a thinker capable of challenging the most basic principles of religion and science? The dramatic story of Voyaging takes us from agonizing personal challenges to the exhilaration of discovery; we see a young, inquisitive Darwin gradually mature, shaping, refining, and finally setting forth the ideas that would at last fall upon the world like a thunderclap in The Origin of Species.
?

This book deserves the adjectives of praise traditionally used by reviewers to describe masterpieces... It is wonderful and marvelous, even magisterial. -- Stephen Jay Gould The New York Review of Books There is no better chronicle of Darwin as human being, friend, and indefatigable scientist, nor anywhere a richer description of his milieu, his family life, his social circle, and his scientific connections. Browne's extraordinary knowledge of the literature of the period makes her account particularly insightful... [A] masterpiece... Browne knows how to spellbind the reader... The definitive Darwin biography. -- Ernst Mayr Newsday A wonderful and well-rounded portrait... We watch Darwin grow from a careless and happy young boy to a driven and ambitious young man, and Browne is very good at letting us see the moments when Darwin began to sense the scope of his own powers... This Darwin is remarkably real. -- Jonathan Weiner The Washington Post Exciting and richly evocative. Kirkus Reviews No other biography has matched Browne's ability to capture so richly the details of Darwin's time and to convey them with such direct and engaging prose. Library Journal