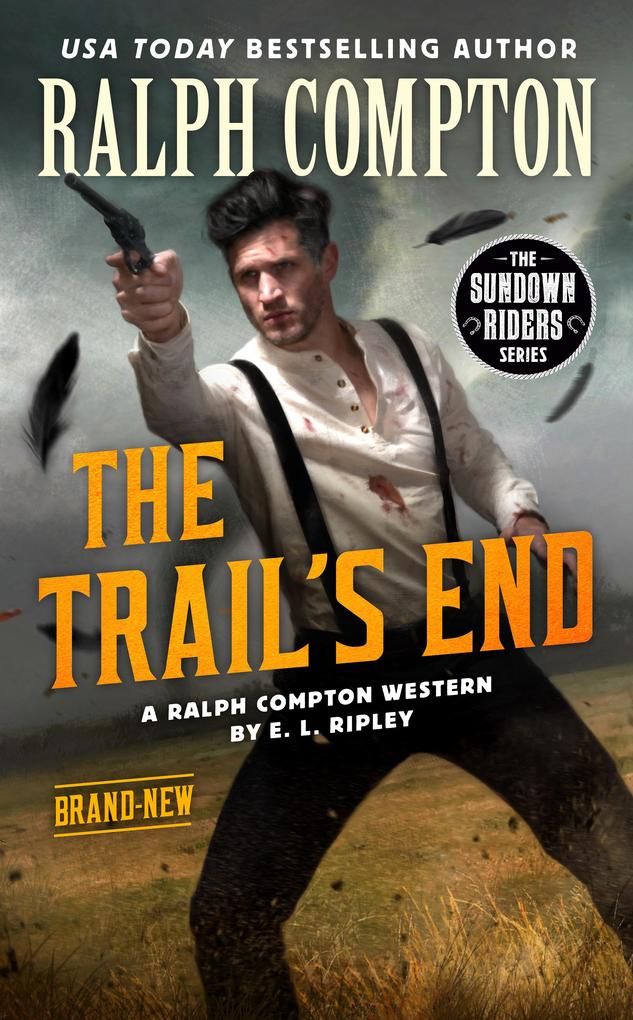 After years as a professional gambler-and a deadly shootout on a riverboat casino-Tom Calvert and his young protégé, Asher Smith, have survived an ar … weiterlesen

In this brand-new, suspenseful Ralph Compton Western, a reformed gambler races to unmask a murderer.

After years as a professional gambler-and a deadly shootout on a riverboat casino-Tom Calvert and his young protégé, Asher Smith, have survived an arduous journey across the frontier to Friendly Field, Idaho. The bucolic Quaker community welcomes them with open arms, and soon Tom is courting a widow and learning, to his surprise, to enjoy the quiet life.

Then an elder of Friendly Field is found murdered, and the townsfolk start whispering about the work of the devil. Tom doesn't believe in the devil, just the evil that men do, and he resolves to solve the gruesome crime before fear causes the people of peaceful little Friendly Field to turn against one another.

Ralph Compton stood six foot eight without his boots. He worked as a musician, a radio announcer, a songwriter, and a newspaper columnist. His first novel, The Goodnight Trail, was a finalist for the Western Writers of America Medicine Pipe Bearer Award for best debut novel. He was the USA Today bestselling author of the Trail of the Gunfighter series, the Border Empire series, the Sundown Riders series, and the Trail Drive series, among others.

E. L. Ripley has a background of military service and social work. He wrote his first novel when he was fifteen and has been writing ever since. His novels have been praised as "a fast-paced and engaging intrigue, with characters the reader will be attached to and root for despite their flaws and faults" (Marko Kloos, author of Chains of Command) and "a wild, page-turning ride" (Mike Shepherd, author of Kris Longknife: Unrelenting).