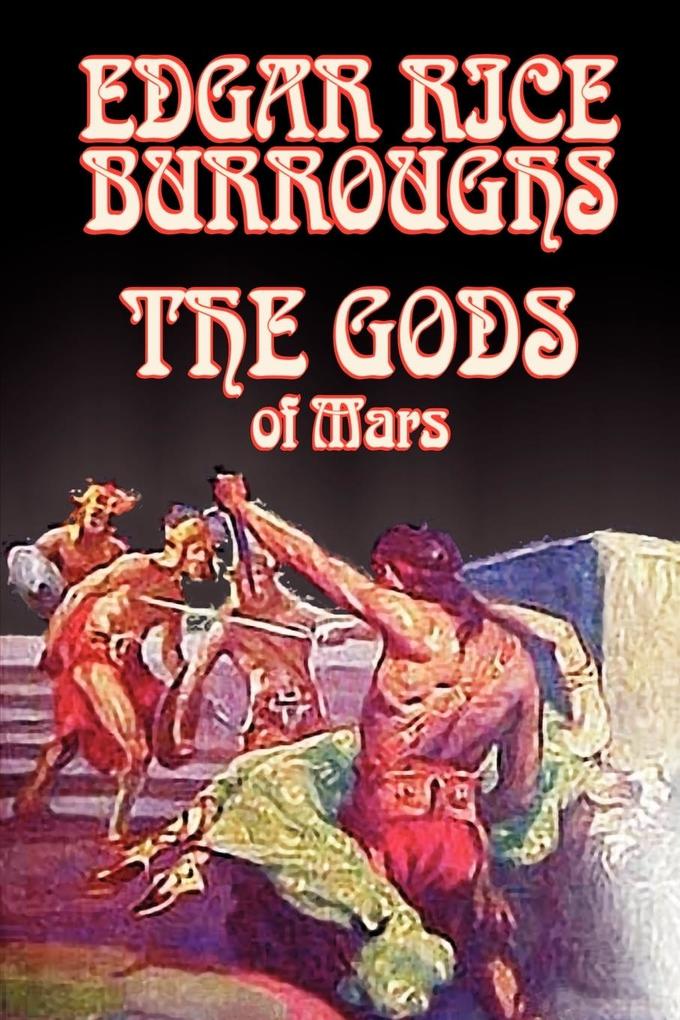 von Edgar Rice Burroughs
Paperback. Sprache: Englisch.
Taschenbuch
At the end of A PRINCESS OF MARS, the first volume in Burroughs's Mars series, John Carter managed to get the factory that produces oxygen for Barsoom working again -- and collapsed. When he came to, he found himself back on earth, and separated from … weiterlesen
Geschenk per Mail versenden
Taschenbuch

At the end of A PRINCESS OF MARS, the first volume in Burroughs's Mars series, John Carter managed to get the factory that produces oxygen for Barsoom working again -- and collapsed. When he came to, he found himself back on earth, and separated from his beloved Dejah Thoris, the Princess of Helium. It's a decade later when Carter returns to Barsoom, and he finds himself in that part of the planet that the natives consider to be "heaven" -- which is no heaven at all. Carter has to reunite with his friend the fierce green warrior Tars Tarkas, fight with plant men and the great white apes of Barsoom, violate some significant religious taboos, survive the affections of an evil goddess, foment a slave revolt, fight in an arena, and still save Dejah Thoris in the middle of a giant air battle between the red, green, black and white people of Barsoom. . . . High adventure, Martian style.

Edgar Rice Burroughs (September 1, 1875 - March 19, 1950) was an American writer best known for his creations of the jungle hero Tarzan and the heroic Mars adventurer John Carter, although he produced works in many genres.

Aiming his work at the pulps, Burroughs had his first story, Under the Moons of Mars, serialized in The All-Story in 1912 - under the name "Norman Bean" to protect his reputation. Under the Moons of Mars inaugurated the Barsoom series and earned Burroughs $400. It was first published as a book in 1917, entitled A Princess of Mars, after three Barsoom sequels had appeared as serials and McClurg had published the first four serial Tarzan novels as books.

Burroughs soon took up writing full-time, and by the time the run of Under the Moons of Mars had finished he had completed two novels, including Tarzan of the Apes. Burroughs also wrote popular science fiction and fantasy stories involving adventurers from Earth transported to various planets (notably Barsoom, Burroughs's fictional name for Mars), lost islands, and into the interior of the hollow earth in his Pellucidar stories. He also wrote westerns and historical romances.

Tarzan was a cultural sensation when introduced. Burroughs was determined to capitalize on Tarzan's popularity in every way possible. He planned to exploit Tarzan through several different media including a syndicated Tarzan comic strip, movies and merchandise. Experts in the field advised against this course of action, stating that the different media would just end up competing against each other. Burroughs went ahead, however, and proved the experts wrong - the public wanted Tarzan in whatever fashion he was offered.