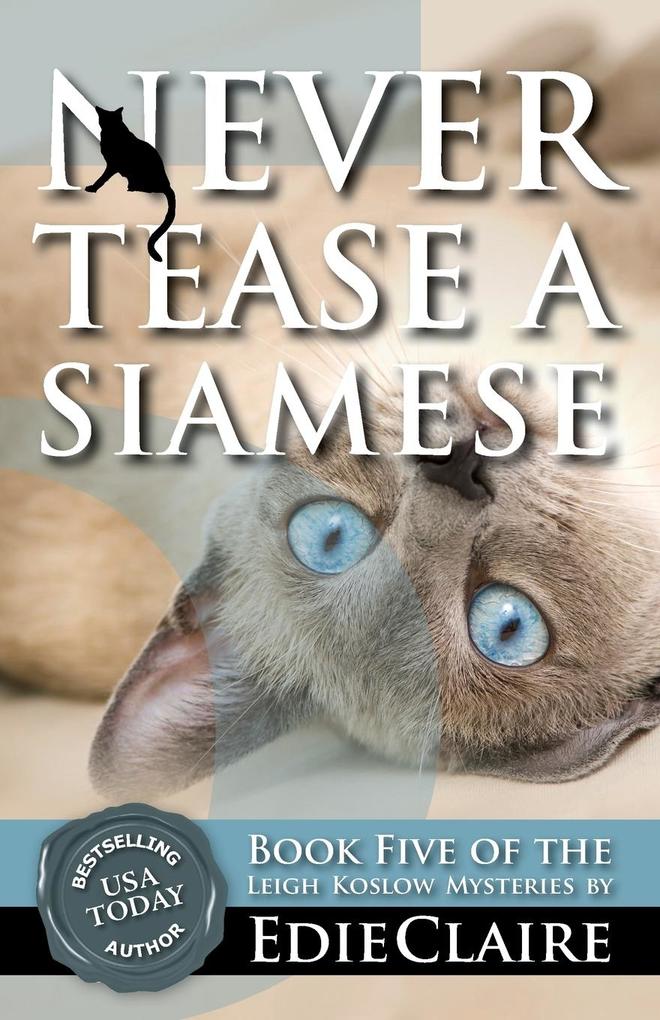 
"The fifth installment in this excellent series, and perhaps Ms. Claire's best yet. The characters and relationships are superior, written with heartfelt compassion and wry wit."-Romantic … weiterlesen


"The fifth installment in this excellent series, and perhaps Ms. Claire's best yet. The characters and relationships are superior, written with heartfelt compassion and wry wit."-Romantic Times


Lilah Murchison never cared about anyone besides her prize-winning cats.

Unfortunately, the feeling was mutual...


When wealthy socialite Lilah Murchison dies in an airplane crash, the locals in Pittsburgh's North Boros shed no tears. The reclusive millionaire and rumored black widow was detested by almost everyone, including her own son, who expects to share his inheritance with the throng of Siamese that inhabit his mother's dreary mansion. But when Lilah's latest will delivers the bulk of her cash to another, unidentified heir, the cat litter flies.


The only local who seems genuinely sorry about Ms. Lilah's passing is Leigh Koslow's veterinarian father, who hasn't a clue how the death of his long-term client could be connected to the bizarre series of break-ins and threats now plaguing his clinic. But daughter Leigh has a hunch that Lilah's mystery heir may be hiding right under their noses, and wishes she could prove it before the entire staff runs screaming out the door. Because someone wants the past to stay buried-even if it means adding a little extra to the grave.


"Fans will enjoy Claire's solid plot with its many twists and turns as well as the snappy dialogue of her well-rounded characters. This is a clever mystery written with a dash of humor and concluded quite logically. Altogether, a satisfying read."-ReviewingtheEvidence.com

No matter the genre, USA-Today bestselling novelist and playwright Edie Claire strives to infuse all her writing with both warmth and humor. Her family-friendly Leigh Koslow cozy mystery series, a favorite of animal lovers that was originally published in 1999, was reborn in 2012 to become a USA-Today bestseller. Her romantic novels range from women's fiction with romantic elements to a blend of romance and mystery, beginning with her traditionally published contemporaries, the award-winning Long Time Coming and Meant To Be, and continuing with her exciting new series of interconnected romantic novels, Pacific Horizons, whose characters follow the migration of the humpback whales to some of the most gorgeous locations on earth. In any Edie Claire work, the reader may be assured that intrigue will beckon and tensions will rise - but love will triumph and happy endings will abound!