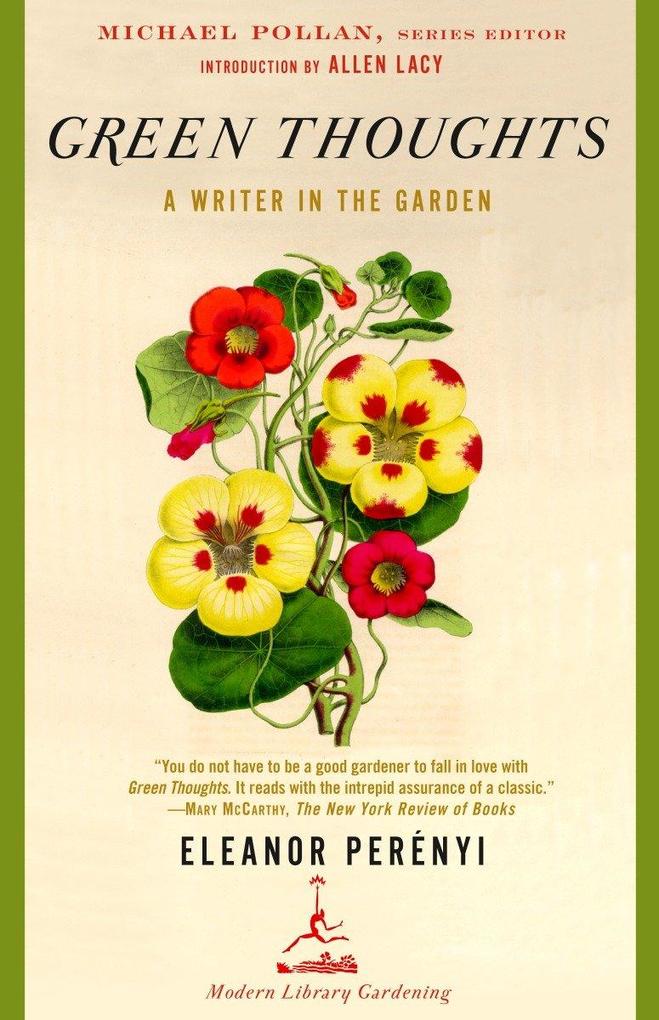 Green Thoughts: A Writer in the Garden

von Eleanor Perenyi
Sprache: Englisch.
Taschenbuch
"Unlike any other gardening book I know, with its Old World charm, its down-to-earth practicality, its whimsy and sophistication."-Brooke Astor, The New York Times Book Review

A classic in the literature of the garden, Green Thoughts is a beautifully … weiterlesen

"Unlike any other gardening book I know, with its Old World charm, its down-to-earth practicality, its whimsy and sophistication."-Brooke Astor, The New York Times Book Review

A classic in the literature of the garden, Green Thoughts is a beautifully written and highly original collection of seventy-two essays, alphabetically arranged, on topics ranging from "Annuals" and "Artichokes" to "Weeds" and "Wildflowers." An amateur gardener for over thirty years, Eleanor Perényi draws upon her wide-ranging knowledge of gardening lore to create a delightful, witty blend of how-to advice, informed opinion, historical insight, and philosophical musing. There are entries in praise of earthworms and in protest of rock gardens, a treatise on the sexual politics of tending plants, and a paean to the salubrious effect of gardening (see "Longevity" ). Twenty years after its initial publication, Green Thoughts remains as much a joy to read as ever.

This Modern Library edition is published with a new Introduction by Allen Lacy, former gardening columnist for The Wall Street Journal and The New York Times and the author of numerous gardening books.

"You do not have to be a good gardener to fall in love with Green Thoughts. It reads with the intrepid assurance of a classic."-Mary McCarthy, The New York Review of Books

"One of those dangerous reference works that you reach for at a moment of horticultural crisis or indecision only to find yourself an hour later browsing far beyond the page where you began."-The New Yorker

Eleanor Perényi was for many years the managing editor of Mademoiselle, an editor at Harper's Bazaar, and a contributor to The Atlantic Monthly, Harper's, and Esquire magazines. She is the author of a biography of Franz Liszt, which was nominated for a National Book Award, and More Was Lost, a memoir of her marriage to a Hungarian baron. She lives on the Connecticut coast.

Michael Pollan is the author of the New York Times bestseller The Botany of Desire and Second Nature, named one of the best gardening books of the twentieth century by the American Horticultural Society. He is a contributing editor to Harper's magazine and a contributing writer at The New York Times Magazine. Pollan chose the books for the Modern Library Gardening series because, as he writes, "these writers are some of the great talkers in the rich, provocative, and frequently uproarious conversation that, metaphorically at least, has been taking place over the back fence of our gardens at least since the time of Pliny.”