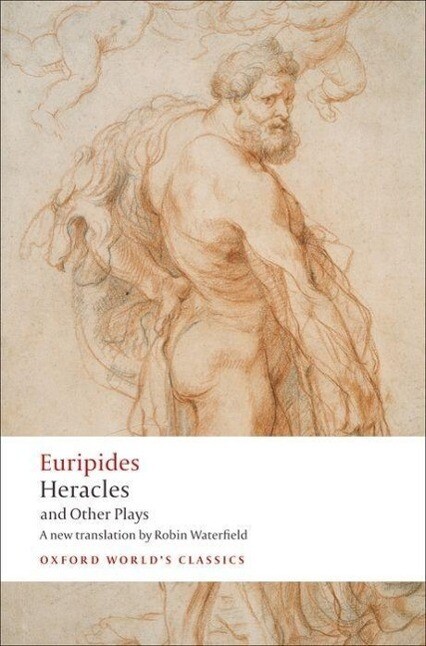 Heracles and Other Plays

Alcestis Heracles Children of Heracles Cyclops
Euripides wrote about timeless themes, of friendship and enmity, hope and despair, duty and betrayal. The first three plays in this volume are filled with violence or its threat, while the fourth, Cyclops, is our only surviving example of a genuine satyr play, with all the crude and slapstick humour that characterized the genre.
There is death in Alcestis, which explores the marital relationship of Alcestis and Admetus with pathos and grim humour, but whose status as tragedy is subverted by a happy ending. The blood-soaked Heracles portrays deep emotional pain and undeserved suffering; its demand for a more humanistic ethics in the face of divine indifference and callousness makes it one of Euripides' more popular and profound plays. Children of Heracles is a rich and complex work, famous
for its dialogues and monologues, in which the effects of war on refugees and the consequences of sheltering them are movingly explored. In Cyclops Euripides takes the familiar story of Odysseus' escape from the Cyclops Polyphemus and turns it to hilarious comic effect.
Euripides' other plays are all available in Oxford World's Classics.
ABOUT THE SERIES: For over 100 years Oxford World's Classics has made available the widest range of literature from around the globe. Each affordable volume reflects Oxford's commitment to scholarship, providing the most accurate text plus a wealth of other valuable features, including expert introductions by leading authorities, helpful notes to clarify the text, up-to-date bibliographies for further study, and much more.

Robin Waterfield has translated numerous classical texts for OWC, including Plato's Republic, Herodotus' Histories and Plutarch's Greek Lives and Roman LivesEdith Hall is co-director of the Archive of Performances of Greek and Roman Drama at the University of Oxford. She has published widely on ancient Greek drama and society, reviews and appears on radio and television. She has written introductions to the other four volumes of Euripides' plays in OWC.James Morwood has translated three volumes of Euripides' plays for OWC and is the author of The Plays of Euripides and A Dictionary of Latin Words and Phrases.