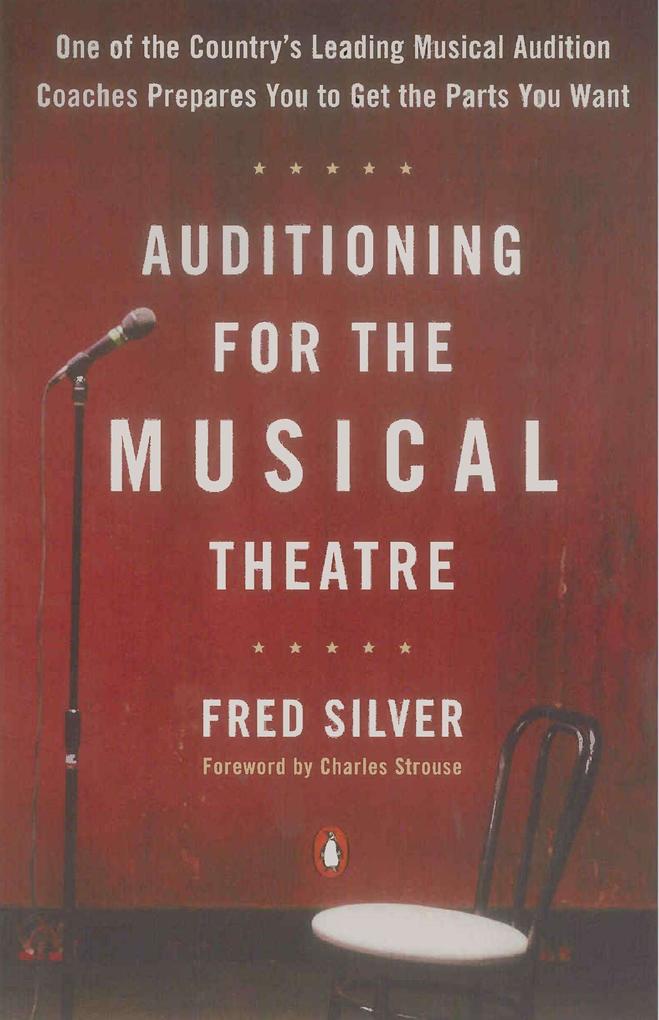 Auditioning for the Musical Theatre

Fred Silver uses his twenty-five years of experience in the theatre, training thousands of actors, to give vital advice on:
·Choosing the right … weiterlesen

The "Audition Doctor" of Backstage shares the secrets of successful auditioning for the musical theatre.

Fred Silver uses his twenty-five years of experience in the theatre, training thousands of actors, to give vital advice on:
·Choosing the right voice teacher or vocal coach
·Why auditioning for a musical is different from auditioning for a play
·Choosing the right material
·How to act a song
·What to sing at a callback
·How to handle the accompanist
·What to wear to auditions
·How to "sell" a comedy number
·How to handle stage fright

Plus lists of more than 130 excellent yet unusual songs -- including selections suitable for juvenile actors, romantic leads, character actors, comics, and performers who are primarily dancers.

With a foreword by Charles Strouse, composer of Annie and Bye Bye Birdie.

"When Fred Silver writes, it is worthwhile to read carefully, and practice what he teaches." -- Donald Pippin, music director of Oliver, Mame, A Chorus Line, and La Cage Aux Folles

Auditioning for the Musical TheatreForeword
Introduction
1. The Audition
2. How to Act a Song
3. what to Sing and How to Sing It
4. Presentation
5. How to Play a Comedy Song
6. Stage Fright!
7. Sixteen Bars
8. Please Don't Shoot the Piano Player!
9. Voice Teachers Versus Vocal Coaches
10. Dressing for Success
11. Dancers Are Different
12. Tactics for Survival
13. A Compendium of Audition Songs
Index

Fred Silver, also known as "The Audition Doctor," spent more than 25 years in the theater and trained thousands of actors. A graduate of Boston University and the prestigious Juilliard School, Silver was a regular columnist of Backstage magazine and a lecturer at New York University, the University of Miami, and the Juilliard School of Music. He died in 2009.