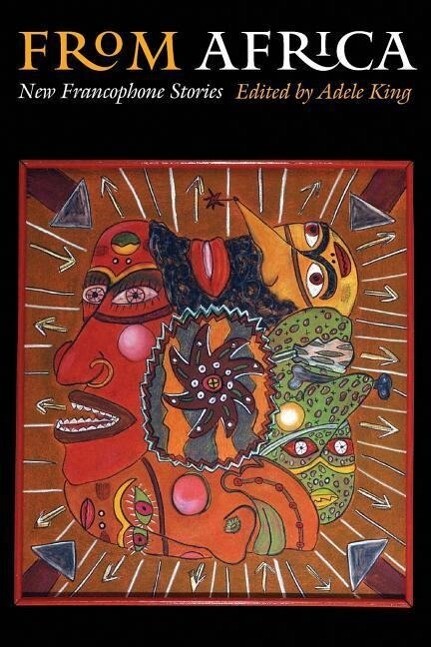 Out of French-speaking Africa, from Togo, Chad, Cote d'Ivoire, Cameroon, Guinea, Congo, Rwanda, Djibouti, and Madagascar, comes the polyphony of new voices aired in this volume. The collection brings together fourteen important contemporary authors with roots in sub-Saharan French Africa and Madagascar, a new generation now living in France or the United States, and introduces their remarkable work to readers of English. These writers' stories, unlike earlier African literature, seldom resemble traditional folk tales. Instead they are concerned with the postindependence world and reveal in their rich and complex depths the influence of modern European and American short-story traditions as well as the enduring reach of African myths and legends. This gathering of gifted writers tenders modern versions of myths; nostalgia for childhood in Africa; relations between the sexes in contemporary Africa; continuing political problems; and the life of the African diaspora in France--all related in new and familiar ways, in innovative and traditional forms. Their work, most of it little known outside France and their native African countries, revises our understanding of the lingering effects of colonization even as it celebrates the complexity, exuberance, and tenacity of African culture.

Adele King is a professor emerita of French at Ball State University. She is the author of numerous books, including The Writings of Camara Laye and Rereading Camara Laye (Nebraska 2002).

"Inspired by and building on the rich anthologies of African short fiction like those edited by Chinua Achebe, Leila Sebbar, and Michel Le Bris, Adele King has brought to us a collection of passion, courage, and talent. . . . Like much of the rich and complex literature that comes to us from African authors, King''s anthology is powerful, graphic, and innovative. The stories of these engaged authors, whose personal and professional lives are inseparable from their work, project humanity and, with it, new meaning, onto the historical mirror."--Lee Whitfield, "H-Net Reviews"--Lee Whitfield "H-Net Reviews "