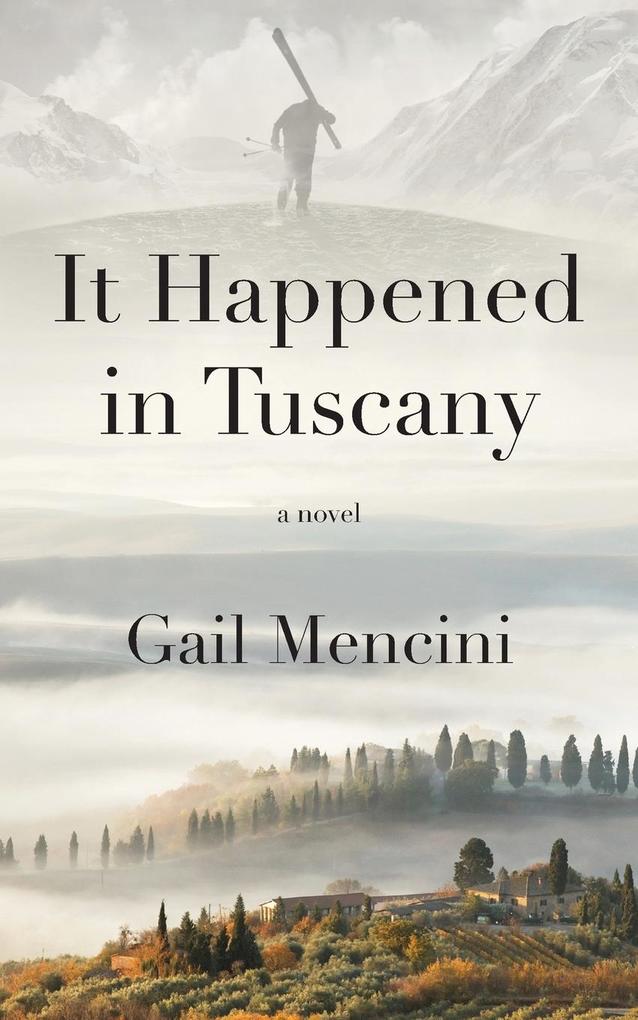 It Happened in Tuscany

20% Rabatt sichern mit Gutscheincode: BLACK20
​
From the multiple-award-winning author of To Tuscany with Love comes a captivating story of the epic tug of war between honor and duty, the irrepressible power of love, and the concept of family.
In 1945, Will Mills and his fellow soldiers in the 10th … weiterlesen
Geschenk per Mail versenden
Taschenbuch

From the multiple-award-winning author of To Tuscany with Love comes a captivating story of the epic tug of war between honor and duty, the irrepressible power of love, and the concept of family.
In 1945, Will Mills and his fellow soldiers in the 10th Mountain Division scaled Italy's treacherous Riva Ridge in the frigid night to break through the nearly impenetrable German line of defense. Severely wounded, Will was rescued by Italian partisans and one, a beautiful girl, tended his injuries until he had the strength to rejoin the U.S. troops.
Tormented and haunted by his decisions and actions during wartime, Will knows he has unfinished missions in Italy to complete. The passage of time and years of carrying this unfulfilled need have molded Will into a bitter, angry man.
Seventy-five years later, Will's spunky thirty-two-year-old neighbor, Sophie Sparke, faces disaster in her life. Everything is going wrong-her job, her love life, even her dog. Part of the problem is that confident and fiercely independent Sophie lets her quick mouth get her into trouble.
Grouchy, mean-spirited Will finagles Sophie into traveling with him to Tuscany to find the partisan who saved his life. Will also secretly hopes to confront the demons his wartime actions created. Sophie and Will comb enchanting Tuscan hill towns on an improbable and unfolding mission with few clues to aid them. Will's passionate tenacity drives their quest and in the process exposes their darkest secrets. The journey alters the course of their lives, and Will and Sophie find more than they had imagined in the hills of Tuscany.
Accolades for To Tuscany with Love by Gail Mencini:
"A powerful debut novel that transports readers to the lush Italian countryside …" - Mandy Brooks - Book People Austin, TX and Erica Bates - Tattered Cover Denver, CO
"Best character driven novel I've read!" - Jenny Simonson, Black Hills Book Club
Honored as #1 Local Best Seller - Denver Post
Recommended as "Inspirational Women's Fiction" - USA TODAY
2014 Fiction Winner - Beverly Hills International Book Awards

Gail Mencini is the acclaimed author of It Happened in Tuscany and To Tuscany with Love, both Denver Post #1 bestsellers. Gail has received numerous awards for her writing, including winning the 2014 Beverly Hills International Book Award in the Chick-Lit Fiction category for To Tuscany with Love, a Bronze IPPY medal for It Happened in Tuscany, and being named the 2014 Top of the Town Readers' Choice Author by 5280 Magazine.

Gail grew up in DeWitt, Nebraska, and graduated from Wartburg College with a BA in Accounting and Economics. She earned a master of taxation degree from the University of Denver. Gail began her career as a CPA specializing in tax law, which later transitioned to full-time mother to four boys. A frequent visitor to Tuscany and a homegrown gourmet cook, Gail has toured Italy by car, train, bus, Vespa, and foot. Gail lives in Colorado with her husband, where she loves entertaining her family and friends, traveling, and spending time outdoors. Gail is a breast cancer survivor and a passionate advocate of proactive breast healthcare and is grateful every day for her many blessings.