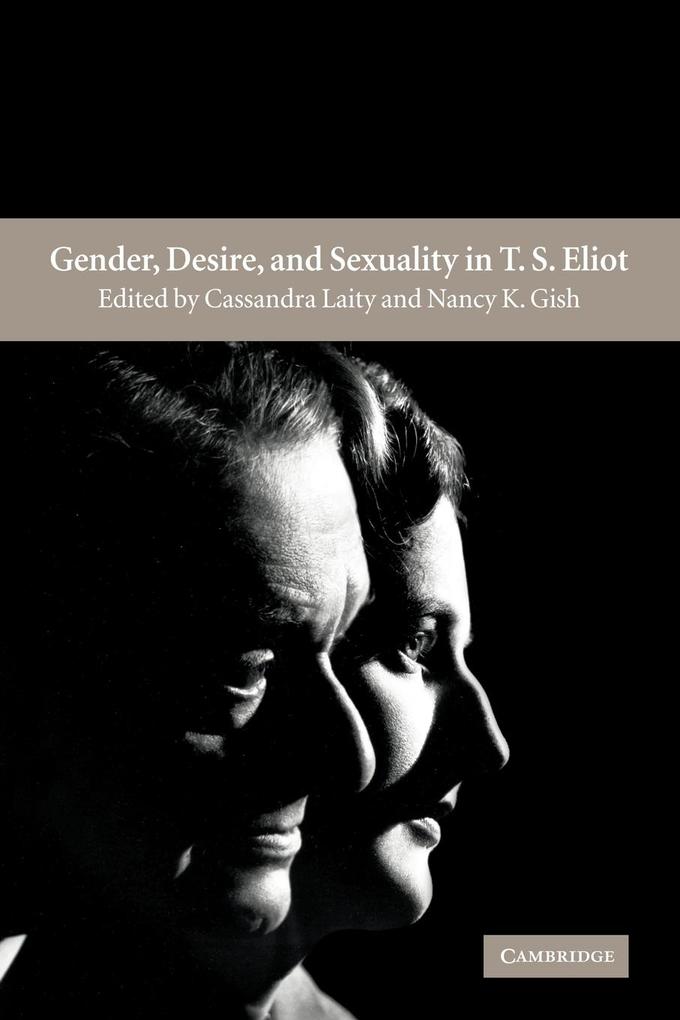 This collection of new essays brings together scholars from a wide range of critical approaches to study T. S. Eliot's engagement with desire, homoeroticism and early twentieth-century feminism in his poetry, prose and drama. Ranging from historical and formalist literary criticism to psychological and psychoanalytic theory and cultural studies, Gender, Desire and Sexuality in T. S. Eliot illuminates such topics as the influence of Eliot's mother - a poet and social reformer - on his art; the aesthetic function of physical desire; the dynamic of homosexuality in his poetry and prose; and his identification with passive or 'feminine' desire in his poetry and drama. The book also charts his reception by female critics from the early twentieth century to the present. This book should be essential reading for students of Eliot and Modernism, as well as queer theory and gender studies.

'New Criticism … is dedicated to professionally structured and articulated expositions of technique at the expense of professionally structured and articulated expositions of social meaning. What Laity means by 'unthinkable merges' is that the professional critic should attempt to bridge the gulf. This is what many of the essays in Laity and Gish's important and useful collection do. Eliot construed as the 'last stronghold' of an antiquated critical tendency is already very near to Eliot construed as a psychoanalytic exemplum of repression - and the methodology of many of the essays harmonizes with this highly suggestive description of their subject … Peter Middleton, in 'The Masculinity behind the Ghosts of Modernism in Eliot's Four Quartets', offers an ingenious interpretation of Eliot's later poetry which recasts its long acknowledged cultural conservatism in Freudian terms as a failure of mourning … Charles Altieri's 'Theorizing Emotions in Eliot's Poetry and Politics' sets itself against strong Freudian readings of Eliot, seeking instead to describe and evaluate Eliot's achievement in transforming the emotional content and power of poetry … I think it is a remarkable and fecund comparison. The essay impressively repositions the critic addressing 'Eliot's sexuality' by asking her to recognize in Eliot's singular transformation of the emotional content of poetry a direct challenge to her own habits of negotiating the desire for authentic self-expression.' Year's Work in Critical and Cultural Theory