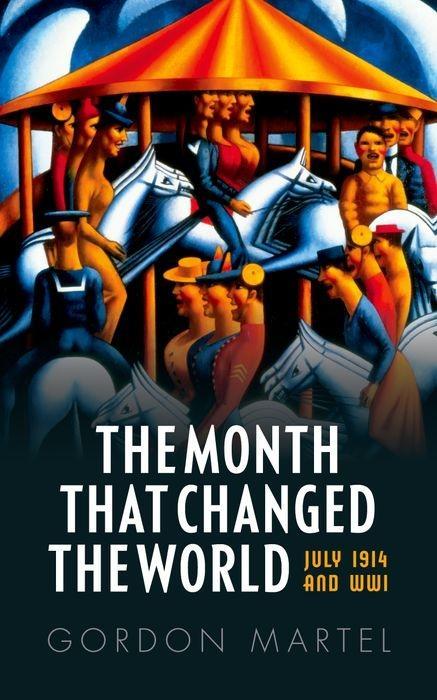 The Month that Changed the World

von Gordon Martel
July 1914 and WWI (First World War). 55 black and white halftones. Sprache: Englisch.
Taschenbuch
The dramatic step-by-step account of how the assassination of an Austrian archduke in the Balkans led to the cataclysm of the First World War over five fateful weeks in the summer of 1914.
Dieser Artikel ist auch verfügbar als:
Geschenk per Mail versenden
Taschenbuch

Titel: The Month that Changed the World
Autor/en: Gordon Martel

On 28 June 1914 the Austrian Archduke Franz Ferdinand was assassinated in the Balkans. Five fateful weeks later the Great Powers of Europe were at war.
Much time and ink has been spent ever since trying to identify the 'guilty' person or state responsible, or alternatively attempting to explain the underlying forces that 'inevitably' led to war in 1914. Unsatisfied with these explanations, Gordon Martel now goes back to the contemporary diplomatic, military, and political records to investigate the twists and turns of the crisis afresh, with the aim of establishing just how the catastrophe really unfurled.

What emerges is the story of a terrible, unnecessary tragedy - one that can be understood only by retracing the steps taken by those who went down the road to war. With each passing day, we see how the personalities of leading figures such as Kaiser Wilhelm II, the Emperor Franz Joseph, Tsar Nicholas II, Sir Edward Grey, and Raymond Poincaré were central to the unfolding crisis, how their hopes and fears intersected as events unfolded, and how each new decision produced a response that
complicated or escalated matters to the point where they became almost impossible to contain.

Devoting a chapter to each day of the infamous 'July Crisis', this gripping step by step account of the descent to war makes clear just how little the conflict was in fact premeditated, preordained, or even predictable. Almost every day it seemed possible that the crisis could be settled as so many had been over the previous decade; almost every day there was a new suggestion that gave statesmen hope that war could be avoided without abandoning vital interests.

And yet, as the last month of peace ebbed away, the actions and reactions of the Great Powers disastrously escalated the situation. So much so that, by the beginning of August, what might have remained a minor Balkan problem had turned into the cataclysm of the First World War.

Gordon Martel is a leading authority on war, empire, and diplomacy in the modern age. His numerous publications include studies of the origins of the first and second world wars, modern imperialism, and the nature of diplomacy. A founding editor of The International History Review, he has taught at a number of Canadian universities, and has been a visiting professor or fellow in England, Ireland and Australia. Editor-in-chief of the five-volume Encyclopedia of War, he is also joint editor of the longstanding Seminar Studies in History series.