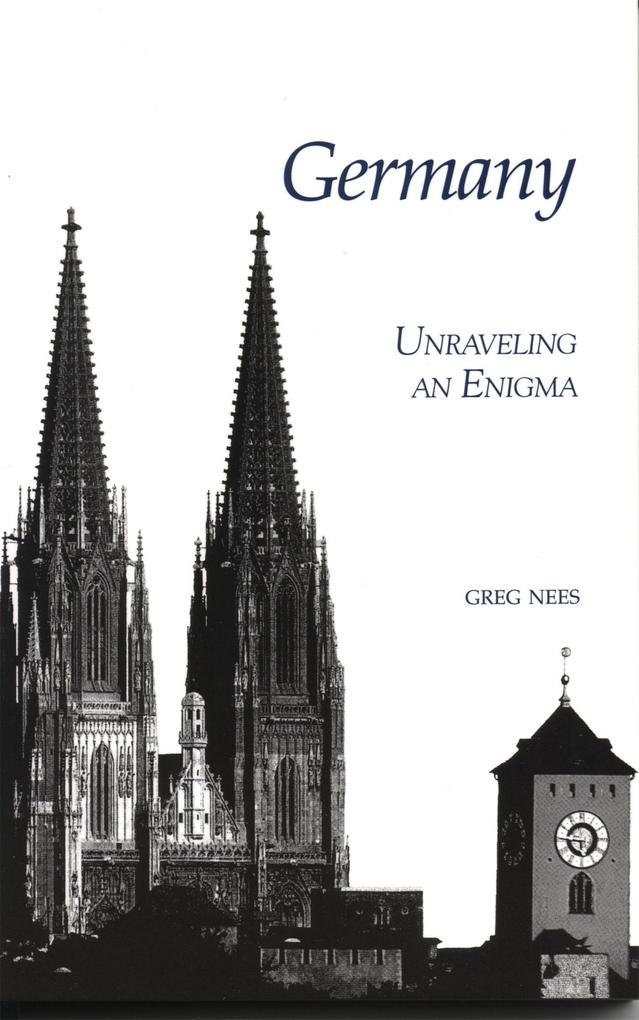 So we think we know a lot about Germans? After all, more Germans have immigrated to the United States than any other ethnic group, and fifty million American citizens currently claim German heritage. The truth is, though, Germans are different from us-in more ways than we may know.
Greg Nees, in this new InterAct, Germany: Unraveling an Enigma, does an outstanding job of explaining those cultural differences that we most need to know in order to have effective and fulfilling interactions with the Germans. Nees explores major German cultural themes: the need for order and obedience to rules and regulations, the insistence on clarity of thought, compartmentalization, the penchant for rational thinking and the love of abstract debate, the sharp distinction between insiders and outsiders, a strong sense of duty, and German communication patterns.
As a business consultant who has lived and worked many years with Germans, Greg Nees gives special attention to the German social market economy and to cultural differences in the workplace. Perhaps most valuable, in his last chapter he looks to the future as Germany seeks to create a new identity in the twenty-first century, dealing with such issues as multiculturalism, Americanization, changing lifestyles, the European Union, and globalization.

Dr. Nees has a Ph.D. in communication from the University of Colorado and an MA in apploed linguistics from Johannes Gutenberg Universitat in Germany. His company, The German Connection, Inc., provides consultation and training to German and American businesses.