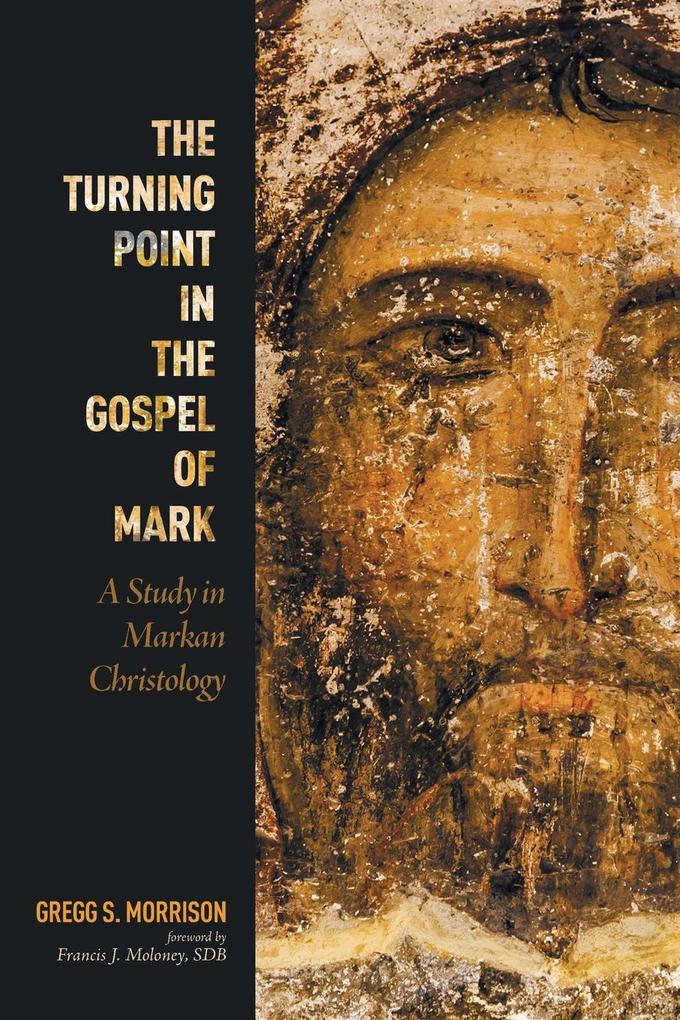 The Turning Point in the Gospel of Mark

von Gregg S. Morrison
A Study in Markan Christology. Paperback. Sprache: Englisch.
Taschenbuch
Based on linguistic and thematic links in the narrative, The Turning Point in the Gospel of Mark argues that the twin pericopae of Peter's confession (8:27-38) and the Transfiguration (9:2-13) together function as the turning point of the Gospel and … weiterlesen
Geschenk per Mail versenden
Taschenbuch

Titel: The Turning Point in the Gospel of Mark
Autor/en: Gregg S. Morrison

Based on linguistic and thematic links in the narrative, The Turning Point in the Gospel of Mark argues that the twin pericopae of Peter's confession (8:27-38) and the Transfiguration (9:2-13) together function as the turning point of the Gospel and serve in a Janus-like manner enabling the reader to see the author's main focus: the identity of Jesus and the significance of that reality for his disciples. Peter's confession of Jesus as Messiah faces backward toward the Prologue (1:1-13) and functions as a mid-course conclusion. The declaration by God on the mountain faces forward and foreshadows the end-course conclusion (14:61-62; 15:39; Son of God). Jesus, in response, teaches that the Son of Man must suffer and die before being raised from the dead (8:31). Christologically, the images of Messiah, Son of Man, and Son of God converge and present Jesus, the crucified, as king, ushering in the kingdom of God in power (9:1 acting as the key swivel between the twin pericopae). When one is confronted with this Jesus, though there remains something elusive about him and the kingdom of God in the narrative, the only wise decision (after calculating the costs, 8:34-38) is to follow.

""With admirable concision, purified of cant, this monograph offers a reliable guide to Mark's most controversial issues in the service of a creative proposal for that Gospel's exegesis. Consonant with his own 'heuristic device,' Morrison's study is Janus-like: looking backward to assess over a century of Markan study, facing forward to firmer comprehension of Mark's literary and theological intricacy. An illuminating exploration of Markan Christology, The Turning Point in the Gospel of Mark merits a wide readership.""
--C. Clifton Black, Otto A. Piper Professor of Biblical Theology, Princeton Theological Seminary, Princeton, NJ

""The structure and Christology of Mark's Gospel are perennial issues of Markan research that every student of the Gospel must eventually face. In this carefully crafted volume, Gregg Morrison offers us a reliable history of research on these topics, showing us how intimately related they are to each other. His work provides students and scholars with a sure map through the thicket of Markan research.""
--Frank J. Matera, Professor emeritus, The Catholic University of America, Washington, D.C.

Schreiben Sie eine Bewertung für: The Turning Point in the Gospel of Mark