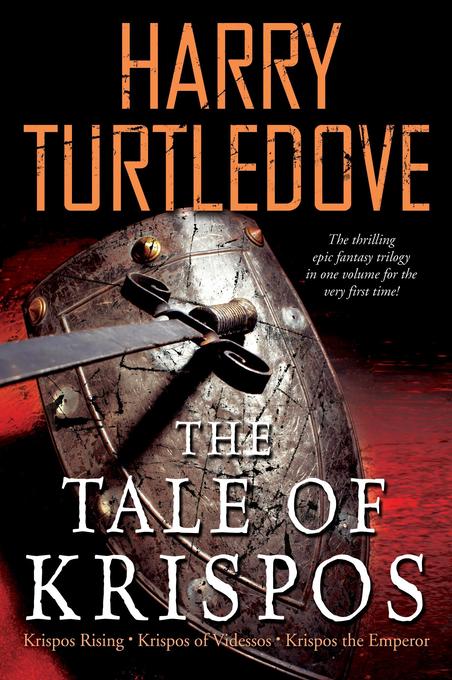 von Harry Turtledove
Sprache: Englisch.
Taschenbuch
The dazzling story of a boy who rises from poverty and hardship to become the greatest leader his world has ever known

KRISPOS RISING
Born a ragged peasant, Krispos lives on the family farm until crushing taxes drove him from the land he calls home. Wi … weiterlesen

KRISPOS RISING
Born a ragged peasant, Krispos lives on the family farm until crushing taxes drove him from the land he calls home. With only a single gold piece to his name-a gift from a nomad chieftain who claimed it carried magic-Krispos heads for the imperial capital, Videssos, and into a world of peril and possibility.

KRISPOS OF VIDESSOS
Krispos' reign as emperor of Videssos shows every sign of being brief and very bloody-for trouble is brewing. Civil war has erupted, and as rebel troops take the field against the untried emperor, outland raiders are sweeping down from the northlands in a tide of carnage. How long can Krispos hope to keep head and crown together?

KRISPOS THE EMPEROR
A strange heresy has taken root in the land and soon dissent flares into open revolt as Krispos faces his greatest challenge: To save his empire from tearing itself apart, he wages an evermore desperate war against an implacable foe, setting brother against brother and father against son.