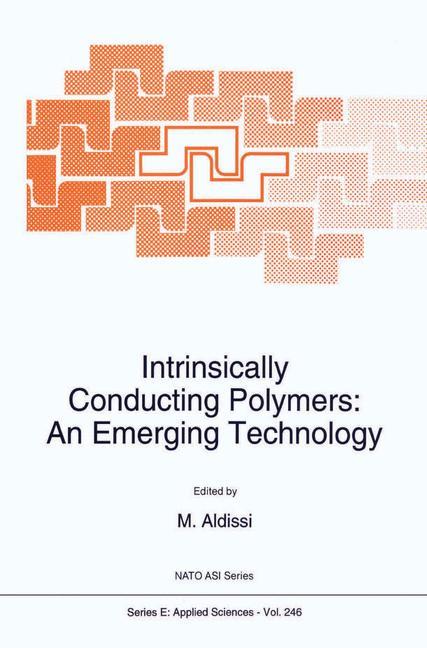 This book contains the majority of the papers presented at the NATO Ad­ vanced Research Workshop (ARW) held in Burlington, Vermont, USA on October 12-15, 1992. This ARW was the first of its kind to address the subject of intrinsically conducting polymers with an emphasis on processing and technological applications. The NATO ARW format was followed in that the subjects addressed here were limited in number but discussed in detail with the attendance being limited to a small number of selected scientists. The ARW brought together lecturers who are leaders in their respective fields from a wide range of NATO and non-NATO countries (a total of 11 countries) with the support of the NATO Scientific Affairs Division and some support from Champlain Cable Corporation. The total number of par­ ticipants was 33 and the number of presentations was 24. The speakers were chosen based on the topics selected for this workshop and repre­ sented industry, universities and government laboratories. The field of conducting polymers has grown rapidly during the past few years with important developments in materials processing and fabrica­ tion that brought about active research programs focusing on the use of these polymers as "smart" materials in technological applications and devices in academic and industrial research laboratories.