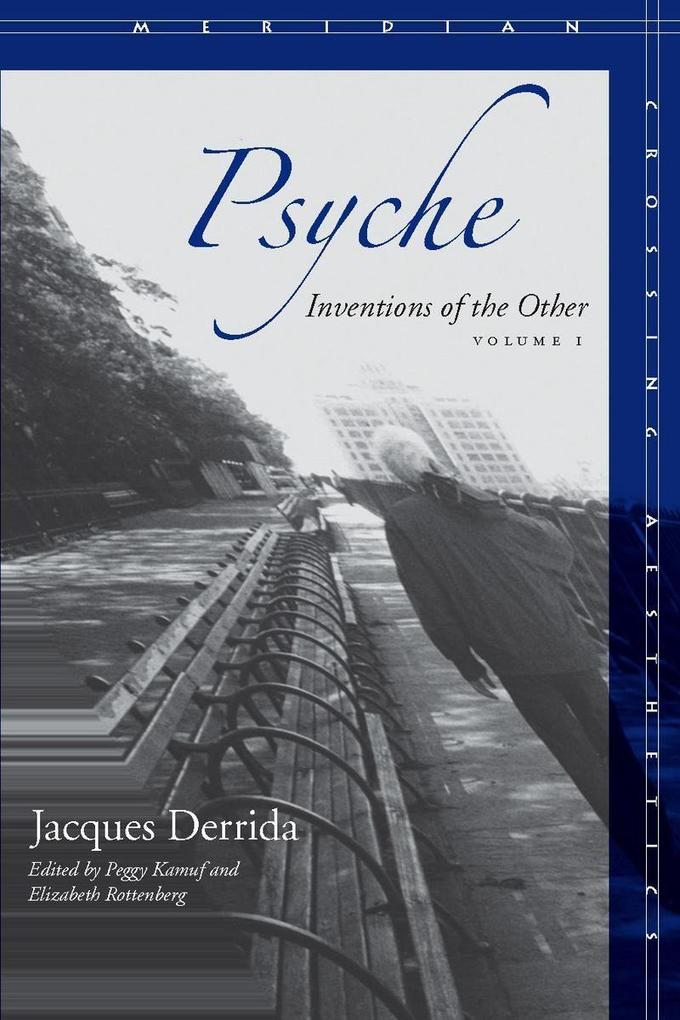 Psyche, Volume 1: Inventions of the Other

Titel: Psyche, Volume 1: Inventions of the Other
Autor/en: Jacques Derrida

Psyche: Inventions of the OtherI> brings together for the first time twenty-eight essays by Jacques Derrida that both advance his reflection on many issues, such as psychoanalysis, architecture, negative theology, theater, translation, politics, war, nationalism, and religion and carry on his engagement with a number of key thinkers and writers: Kant, Heidegger, Levinas, Lacoue-Labarthe, Freud, Flaubert, Barthes, and de Certeau, among others.

Jacques Derrida (1930-2004) was Director of Studies at the Ecole des Hautes Etudes en Sciences Sociales and Professor of Humanities at the University of California, Irvine. Among the most recent of his many books to have been translated into English are H. C. for Life, That is to Say (2006), Paper Machine (2005), On Touching - Jean-Luc Nancy (2005), Rogues (2005), and Eyes of the University (2004). All of these have been published by the Stanford University Press. Peggy Kamuf is Professor of French and Comparative Literature at the University of Southern California. Elizabeth Rottenberg is Assistant Professor of Philosophy at DePaul University, Chicago.

Taschenbuch
For Love of the Father
von Ruth Stein

Taschenbuch
Europe, or the Infinite Task: A Study of…
von Rodolphe Gasché