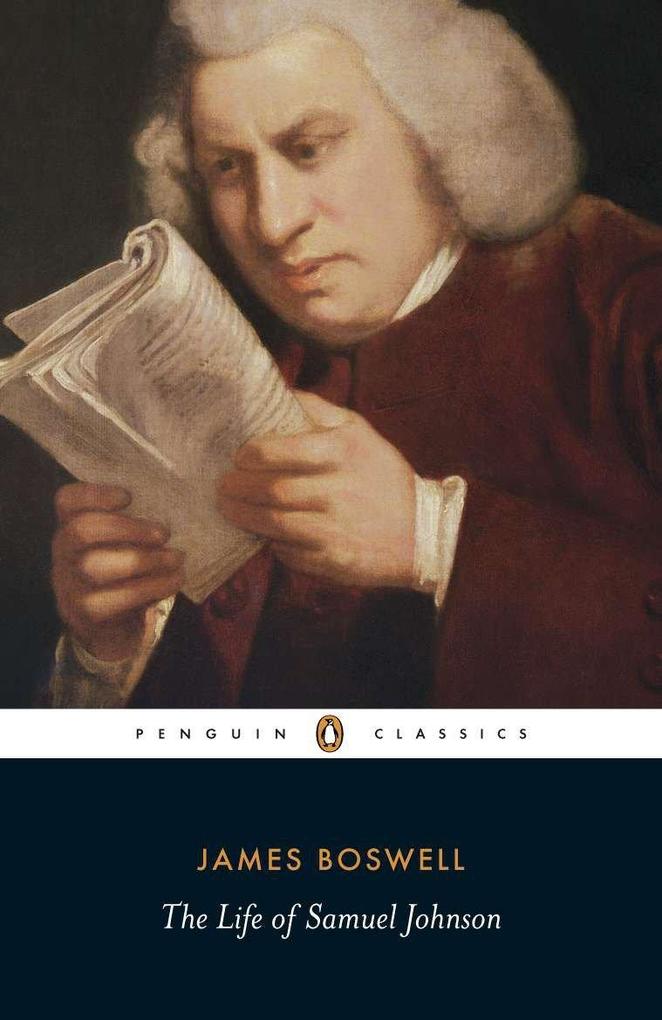 The Life of Samuel Johnson

The most celebrated English biography is a group portrait in which extraordinary man paints the picture of a dozen more At the centre of a brilliant circle which included Burke, Reynolds, Garrick, Fanny Burney and even George III, Boswell captures the powerful, troubled and witty figure of Samuel Johnson, who towers above them all. Yet this is also an intimate picture of domestic life, which mingles the greatest talkers of a talkative age with the hero's humbler friends in a picture which is, before all things, humane. As a young man about London, James Boswell was obsessed by literature, and, on a fateful day in 1763, he attached himself with unswerving tenacity to the dominant literary figure of his age-the splendidly rotund, articulate, and humane Dr Samuel Johnson. What followed was the most famous of friendships between writers and the bais for the remarkable documentation contained in Boswell's Life of Samuel Johnson, the greatest and most compelling of all biographies. For more than seventy years, Penguin has been the leading publisher of classic literature in the English-speaking world. With more than 1,700 titles, Penguin Classics represents a global bookshelf of the best works throughout history and across genres and disciplines. Readers trust the series to provide authoritative texts enhanced by introductions and notes by distinguished scholars and contemporary authors, as well as up-to-date translations by award-winning translators.

James Boswell (1740-1795) was a lawyer, diarist, and author born in Edinburgh. He is best known as the biographer of Samuel Johnson. Boswell is known for taking voracious notes on the grand tour of Europe that he took as a young nobleman and, subsequently, of his tour to Scotland with Johnson. He also recorded meetings and conversations with eminent individuals belonging to 'The Club', including David Garrick, Edmund Burke, Joshua Reynolds and Oliver Goldsmith. Samuel Johnson was born in Lichfield in 1709 and was educated at Lichfield Grammar School and, for a short time, at Pembroke College, Oxford. In 1735 he married Elizabeth Jervis Porter and in 1737 moved to London. There, he became a regular contributor to the Gentleman's Magazine, but struggled to earn a living from writing. His London: A Poem in Imitation of the Third Satire of Juvenal was published anonymously in 1738 and attracted some attention. From 1750 to 1752 he issued the Rambler, a periodical written almost entirely by himself, and consolidated his position as a notable moral essayist with some twenty-five essays in the Adventurer. When his Dictionary of the English Language was published in 1755, Johnson took on the proportions of a literary monarch in the London of his day. In need of money to visit his sick mother, he wrote Rasselas (1759) reportedly in the evenings of one week, finishing a couple of days after his mother's death. In 1763 Boswell became his faithful follower and it is mainly due to him that we owe our intimate knowledge of Johnson. Johnson's last major work was Lives of the Poets. He died in December 1784.

Taschenbuch
Relativity: The Special and the General…
von Albert Einstein