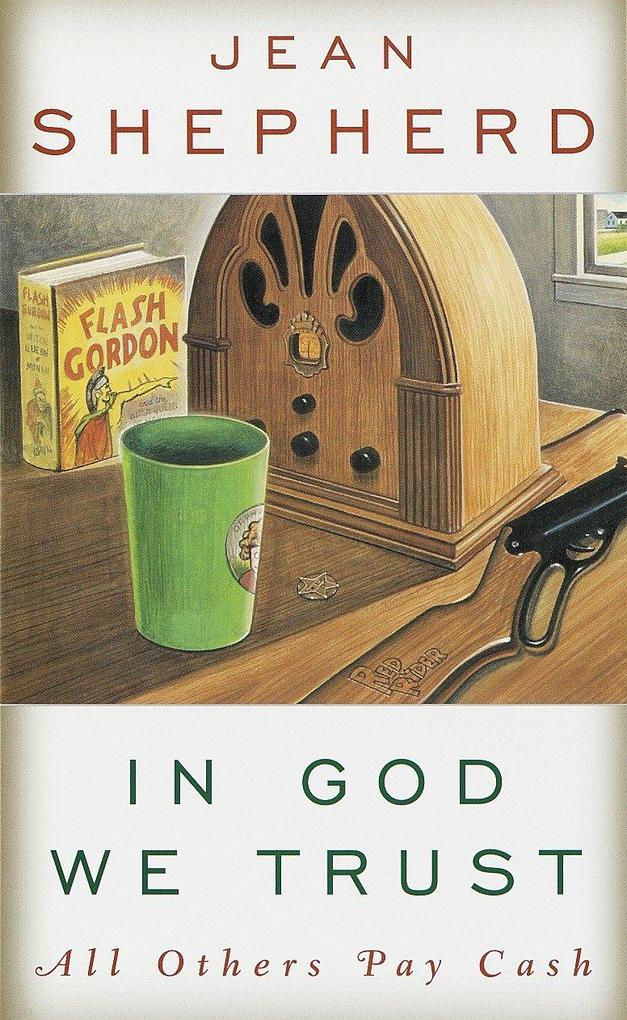 In God We Trust: All Others Pay Cash

Titel: In God We Trust: All Others Pay Cash
Autor/en: Jean Shepherd

The beloved, bestselling classic that became the movie, A CHRISTMAS STORY -- humorous and nostalgic Americana, reissued in a strikingly designed paperback edition.

Before Garrison Keillor and Spalding Gray there was Jean Shepherd: a master monologist and writer who spun the materials of his all-American childhood into immensely resonant--and utterly hilarious--works of comic art. In God We Trust: All Others Pay Cash represents one of the peaks of his achievement, a compound of irony, affection, and perfect detail that speaks across generations.

In God We Trust, Shepherd's wildly witty reunion with his Indiana hometown, disproves the adage "You can never go back." Bending the ear of Flick, his childhood-buddy-turned-bartender, Shepherd recalls passionately his genuine Red Ryder BB gun, confesses adolescent failure in the arms of Junie Jo Prewitt, and relives a story of man against fish that not even Hemingway could rival. From pop art to the World's Fair, Shepherd's subjects speak with a universal irony and are deeply and unabashedly grounded in American Midwestern life, together rendering a wonderfully nostalgic impression of a more innocent era when life was good, fun was clean, and station wagons roamed the earth.

A comic genius who bridged the gap between James Thurber and David Sedaris, Shepherd may have accomplished for Holden, Indiana, what Mark Twain did for Hannibal, Missouri.

For many years a cult radio and cabaret personality in New York City, Jean Shepherd was the creator of the popular film A Christmas Story, which is based in part on this book and has become a holiday tradition on the Turner Network. He died in October 1999 near his home on Sanibel Island, Florida.

Schreiben Sie eine Bewertung für: In God We Trust: All Others Pay Cash