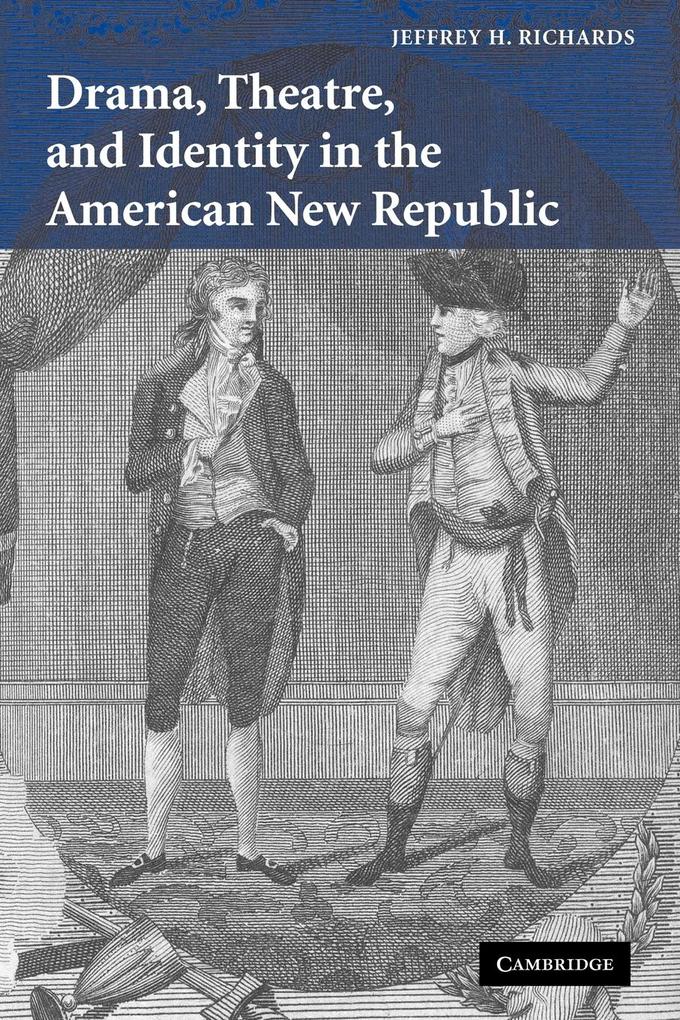 Drama, Theatre, and Identity in the American New Republic

A study into American identity as revealed in the plays of post-revolutionary America.

Jeffrey H. Richards is the author of Theater Enough: American Culture and the Metaphor of the World Stage, 1607-1789 (1991), and Mercy Otis Warren (1995), and has edited three other books. He has published articles in Early American Literature, William and Mary Quarterly, and other journals and collections. He has taught at the University of North Carolina, Duke University, and is currently Professor of English at Old Dominion University.

"...a useful and insightful work for the Revolutionary period and the first formative decades of the nation...the work is well-researched and clearly written, occasionally amusing, and always honest in its style and assumptions." Odai Johnson, Virgina Magazine