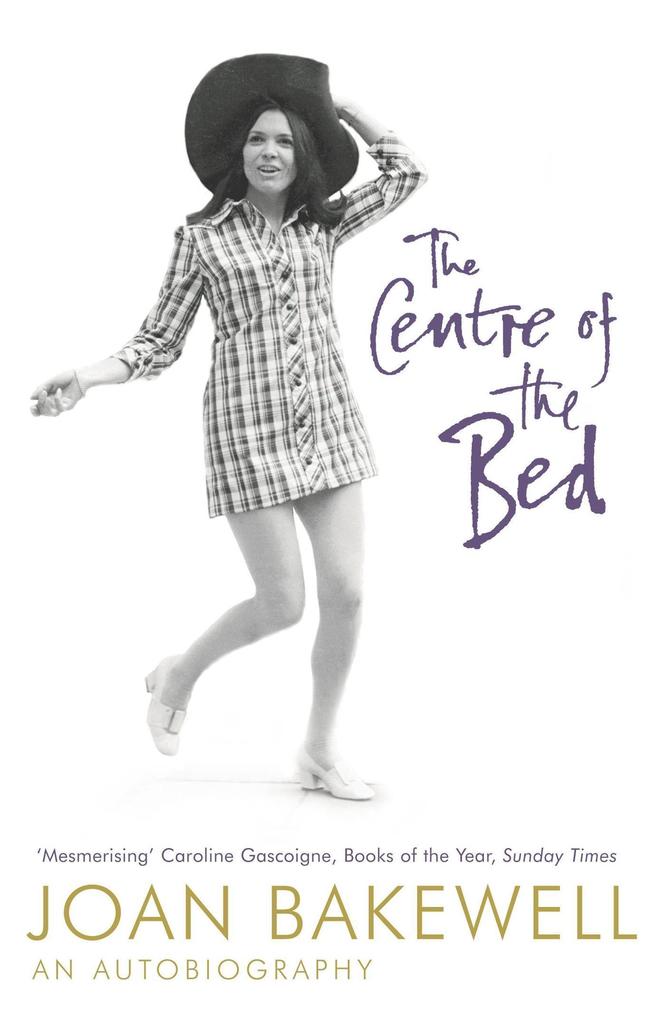 The Centre of the Bed: An Autobiography

Titel: The Centre of the Bed: An Autobiography
Autor/en: Joan Bakewell

A prominent figure in TV and the arts in Britain, Joan Bakewell has been a broadcaster for over forty years, a print journalist for over twenty years, and has published her autobiography, The Centre of the Bed. ALL THE NICE GIRLS is her first novel. She was made Dame in 2008.

'Mesmerising' -- Caroline Gascoigne, Books of the Year, Sunday Time 'A beautifully written, fascinating glimpse into the childhood and personal life of the woman who was one of the pioneers for equality for women in the BBC.' -- Lesley Pearse, Daily Mail 'She has the rare ability to observe her life from a semi-detached position and to lace her own story into the social history of our times' -- Michael Cockerell, Daily Mail 'Few can match Bakewell for the qualities that abound in her book: class and composure and a deeply unfashionable concern for more than her own career.' -- Lesley White, Sunday Times 'Wise and wry' -- The Times 'Bakewell's level-headed discussion of her ambivalent response to the tag (the 'thinking man's crumpet') makes fascinating reading...as does her calm but moving account of her lengthy affair with Harold Pinter.' -- The Sunday Times 'Like the devil in the Rolling Stones' song, Joan Bakewell was everywhere at every stage: reporting on the Cuban missile crisis, interviewing Allen Ginsberg and Vaclav Havel, taking chunks out of the Berlin Wall when it fell...draped in the kaftan of Sixties sophistication...her evocations of grief [are] powerful and honest.' -- Independent on Sunday 20040704 'vividly believable and tinged with sadness...a tender, unshowy memoir' -- Casilda Grigg, The Telegraph 20040626 'Joan Bakewell's superb autobiography is honest and intriguing, but it is also beautifully-written...Contemplating her gender, Cambridge, politics, ideas, she appears charming without being self-righteous. Well conveyed is the tension she felt between seizing opportunities finally available to women like herself and the enduring expectations of motherhood and the perfect family.' -- The Observer 20040704

Schreiben Sie eine Bewertung für: The Centre of the Bed: An Autobiography