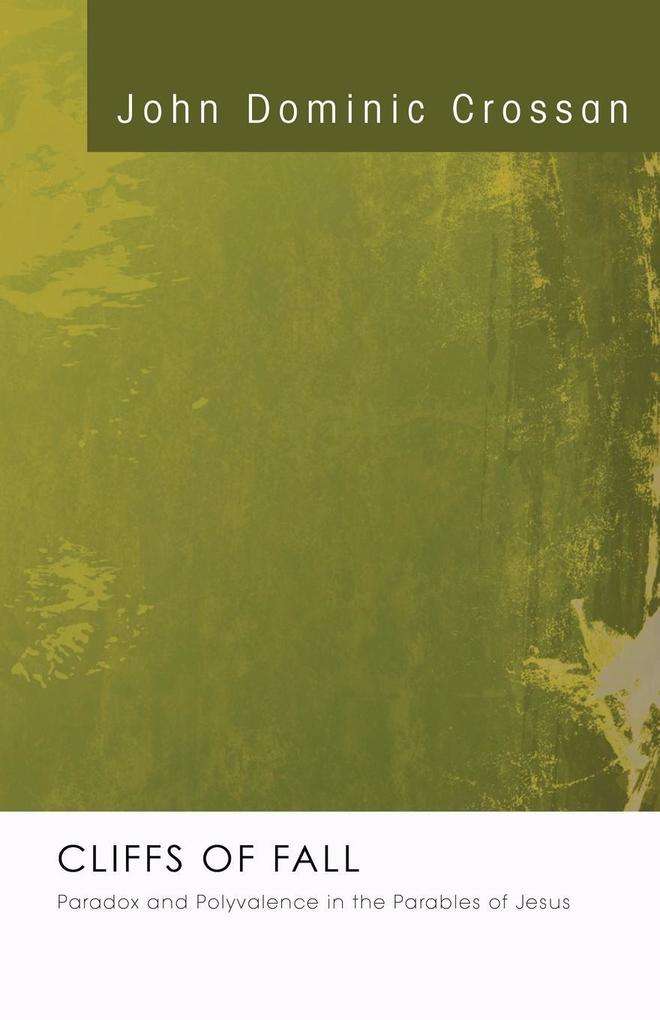 von John Dominic Crossan
Paperback. Sprache: Englisch.
Taschenbuch
When John Dominic Crossan's book, In Parables: The Challenge of the Historical Jesus, was published in 1973, it was heralded as a major development in research both on the parables and on the historical Jesus. This was due not only to its sophisticat … weiterlesen
Dieser Artikel ist auch verfügbar als:
Geschenk per Mail versenden
Taschenbuch

When John Dominic Crossan's book, In Parables: The Challenge of the Historical Jesus, was published in 1973, it was heralded as a major development in research both on the parables and on the historical Jesus. This was due not only to its sophisticated use of historical, literary, and philosophical disciplines but also to the sensitive way in which they were combined and to the novel insights that resulted when this combination was focused on individual parables.

The present book continues most directly and explicitly the study initiated by In Parables and may be regarded as bringing that earlier volume up to date on three major issues.

Conceptually, the emphasis on metaphor from In Parables has led to the discussion of polyvalence, or semantic pluralism, in Jesus's parables. Pluralistic meaning is an intensely paradoxical concept and it raises issues that touch the very roots of our consciousness and our reality. Metaphor is now no longer a clearing within the forest of language but is rather the very ground of that language itself. Any given metaphor illumines and reveals the radical metaphoricity of all reality.

Philosophically, the question is raised whether the polyvalence inherent in metaphor, along with the critically iterated claims for its untranslatability, may be better explained as a surplus of meaning, or as an absence of the meaning, a refusal of canonical meaning which is then the necessary but negative basis for the plurality of meanings and the abiding fecundity of interpretations.
Exegetically, as specific example and deliberate narratival metaphor of the entire book, Jesus's serenely pastoral parable of the Sower, with its specified triad of gains, its plurality or polyvalence both of failure and success, is centrally discussed as textual focus for the volume.

John Dominic Crossan is Professor Emeritus of Religious Studies at DePaul University, Chicago. He has written twenty books on the historical Jesus in the last thirty years, four of which have become national religious bestsellers: The Historical Jesus (1991), Jesus: A Revolutionary Biography (1994), Who Killed Jesus? (1995), and The Birth of Christianity (1998). He is a former co-chair of the Jesus Seminar, and a former chair of the Historical Jesus Section of the Society of Biblical Literature, an international scholarly association for biblical study based in the United States.

John Dominic Crossan, Professor Emeritus at De Paul University, is widely regarded as the foremost historical Jesus scholar of our time. He is the author of several bestselling books, including The Historical Jesus and Jesus: A Revolutionary Biography.