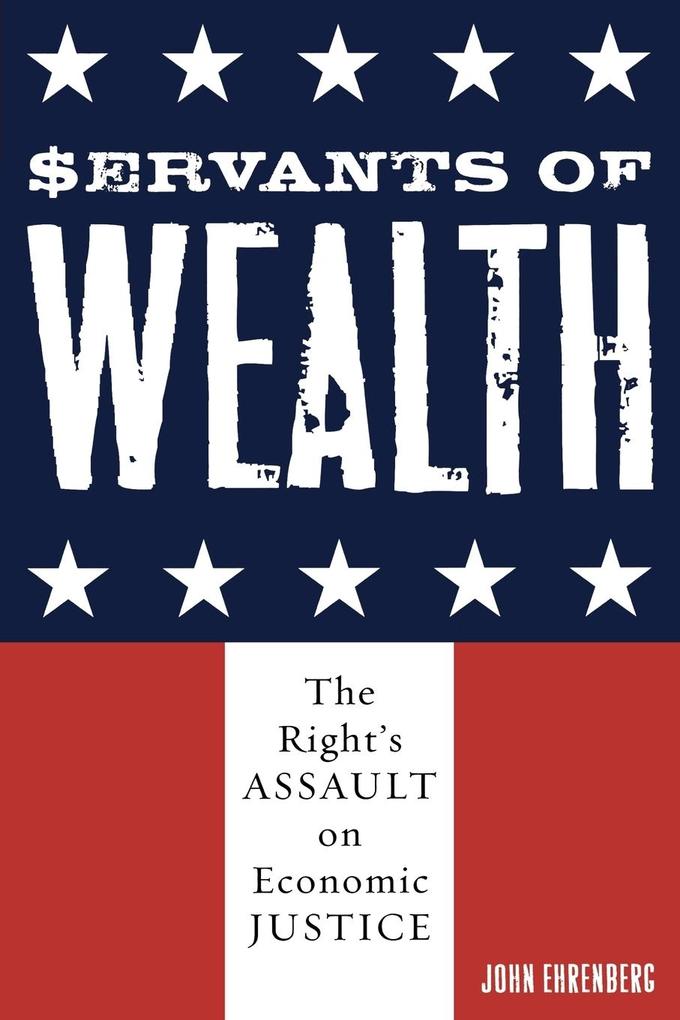 In this bold new book, political scientist John Ehrenberg critically analyzes the rise of an ideologically coherent Right. He dissects their themes of military weakness, moral decay, racial anxiety, and hostility to social welfare to reveal their central organizing objective of protecting wealth and assaulting equality.

John Ehrenberg is professor of political science at Long Island University. He is the author of Civil Society: The Critical History of an Idea, Proudhon and His Age, and The Dictatorship of the Proletariat: Marxism's Theory of Socialist Democracy.

Rising economic inequality should be on the top of everyone's political agenda. With the gap between rich and poor, here and abroad, growing yearly, the issue will not go away. American democracy itself is at risk when so few people take home such a large share of the pie, and use their great wealth to corrupt and distort the political process. John Ehrenberg's Servants of Wealth makes clear why this is happening and what people who believe in real democracy and equal citizenship can do about it. Essential reading. -- Charles Noble, author of The Collapse of Liberalism: Why America Needs a New Left At last, a coherent, systematic, thoroughly documented, wonderfully clear, and critically astute analysis of the different threads of America's new ruling ideology. Unless one presents them all in their complex interconnections, one can't fully understand any of them. It is just this extraordinarily important but equally difficult task that Servants of Wealth performs with the skill and confidence of a major scholar at the height of his powers. Highly recommended for everyone who still wants to know where the worst blows from inside America are coming from, and why. -- Bertell Ollman, New York University Any American who wants to understand how the American Right has engineered the most potent assault on equality in the nation's history must read John Ehrenberg's Servants of Wealth. Ehrenberg shows how conservative intellectuals, building on the American public's legitimate fear of disorder and economic stagnation, created a formula for national renewal based on discrediting the regulatory powers of the national state and the very idea of equality. The best way to guarantee the common good, they claimed, was to dismantle the welfare state, shrink the federal government for all functions other than national defense, unleash the powers of the market, and reduce taxes on the wealthy. Twenty-five years after this campaign began, we can see the results-a federal government paralyzed in the face of a major hurricane, rampant and growing levels of economic and racial inequality, a concentration of wealth among the top five percent of the population unprecedented in modern American history. Anyone who wants to understand the intellectual underpinnings of this tragic state of affairs should read Ehrenberg's thoughtful and eloquent book. -- Mark Naison, Fordham University John Ehrenberg brilliantly reconstructs the intellectual origins of the Right's contemporary assault on equality and democracy, dissecting its toxic brew of militarism, racism, moral authoritarianism, free market mythology, and concomitant liberal default. It is an eye-opening account of how half the American population came to support a government dedicated solely to the upward redistribution of wealth. It's essential reading for understanding both how we got to where we are, and what might be done to reverse the course toward a one-party state. -- Philip Green, author of Primetime Politics: The Truth about Conservative Lies, Corporate Control, and Television Culture