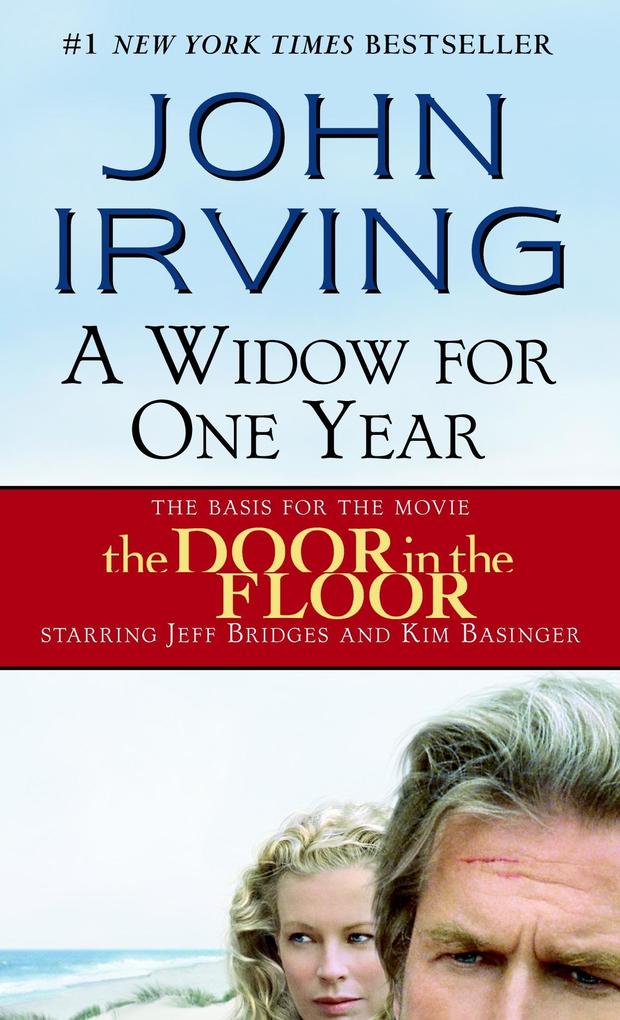 A Widow for One Year

Titel: A Widow for One Year
Autor/en: John Irving

Ruth Cole is a complex, often self-contradictory character--a "difficult" woman. By no means is she conventionally "nice," but she will never be forgotten.

Ruth's story is told in three parts, each focusing on a crucial time in her life. When we first meet her--on Long Island, in the summer of 1958--Ruth is only four.

The second window into Ruth's life opens in the fall of 1990, when Ruth is an unmarried woman whose personal life is not nearly as successful as her literary career. She distrusts her judgment in men, for good reason.

A Widow for One Year closes in the autumn of 1995, when Ruth Cole is a forty-one-year-old widow and mother. She's about to fall in love for the first time.

"By turns antic and moving, lusty and tragic, A Widow for One Year is bursting with memorable moments."-San Francisco Examiner-Chronicle

"Wisely and carefully crafted . . . Irving is among the few novelists who can write a novel about grief and fill it with ribald humor soaked in irony."-USA Today

"Deeply affecting . . . The pleasures of this rich and beautiful book are manifold. To be human is to savor them."-Los Angeles Times Book Review

"A powerful tale to add to an already extraordinary body of work from a great American writer."-Richmond Times-Dispatch

"Masterful . . . powerful . . . Irving's best books are Dickensian in their rich characters, plotting and language-and of course, in moving the reader. On the final page of A Widow for One Year . . . I literally burst out crying."-Orlando Sentinel

"A sprawling 19th-century production, chock full of bizarre coincidences, multiple plot lines, lengthy digressions, and stories within stories. . . . An engaging and often affecting fable, a fairy tale that manages to be old-fashioned and modern all at once."-The New York Times

"[Irving's] characters can beguile us onto thin ice and persuade us to dance there. His instinctive mark is the moral choice stripped bare, and his aim is impressive. What's more, there's hardly a writer alive who can match his control of the omniscient point of view."-The Washington Post Book World

"In the sprawling, deeply felt A Widow for One Year, John Irving has delivered his best novel since The World According to Garp. . . . Like a warm bath, it's a great pleasure to immerse yourself in."-Entertainment Weekly

"Enchantingly balances the haunting tug of grief with the lure of enduring love . . . Irving's rich narrative and his sense of play result in a delicious collusion between author and reader."-Raleigh News & Observer

"Wonderfully satisfying . . . [Irving] tells this story with so much delight that it's difficult for the reader not to be infected with the same kind of joy in the reading."-The Dallas Morning News

"As compelling as Garp . . . Which is to say it's terrific. . . . His most moving book . . . John Irving is one of America's great storytellers."-San Jose Mercury News

"Comic and tragic, brilliant, and moving . . . Crammed with all the wonderful characters, quirky situations and memorable coincidences that have made [Irving] so beloved by readers . . . A terrific read that will make you its willing slave, so captivating is its allure."-Chattanooga Free Press

"A feast . . . One of this storyteller's richest works. . . . A rich, resonant tale."-Austin American-Statesman

"Irving is a writer whose keenest sensibilities have always fallen somewhere between Dickensian verbosity and Mad magazine mischief."-Rocky Mountain News

"Full of humor, heartbreak and lust."-Newsday

"A Widow for One Year delivers everything John Irving fans have come to expect from the beloved author of The World According to Garp: a funny, sad, sprawling saga full of oddball yet believable characters."-Glamour

"There's only one thing wrong with John Irving novels: They have to end. Readers won't easily part with the characters in his latest work, A Widow for One Year. . . . [An] exhilarating talent."-The Tennessean

"Moving and memorable . . . This novel marks a return to the deep but gentle examination of human nature that made Garp so successful."-San Diego Union-Tribune

Schreiben Sie eine Bewertung für: A Widow for One Year