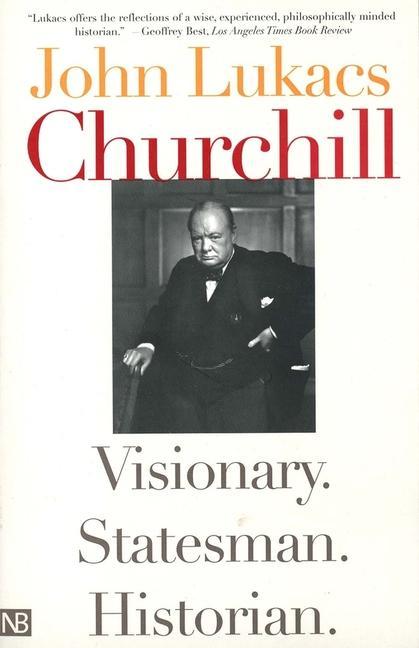 von John Lukacs
Sprache: Englisch.
Taschenbuch
This powerful book presents a clear-eyed view of Winston Churchill, the workings of his historical imagination, and his successes and failures as a statesman.

This powerful book presents a clear-eyed view of Winston Churchill, the workings of his historical imagination, and his successes and failures as a statesman.

"We are in the presence of one of the most powerful, as well as one of the most learned, minds of the century." Conor Cruise O'Brien; "Lukacs's short collection of essays would make a splendid stocking present for any reader. The pieces in this volume are illuminated by a generosity, a high intelligence and scholarship which will delight any admirer." Max Hastings, Sunday Telegraph; "John Lukacs, an original and lively historian, provides some new insights into Winston Churchill... a good read." Conrad Black, Daily Telegraph; "This superb little book is a pleasure for the reader." Stanley Hoffman, Foreign Affairs; "a significant and highly enjoyalble addition to the vast and ever-growing Churchill industry." Andrew Roberts, Literary Review; "Churchill's massive figure continues to attract our attention, many years after his death. John Lukacs's collection of essays, drawing on a lifetime of research, illuminates many aspects of the great man's personality and achievement." P.M.H. Bell, University of Liverpool; "Lukacs convincingly portrays a leader of an empire in irreversible decline and a towering, if flawed, hero of our time." Publishers Weekly"