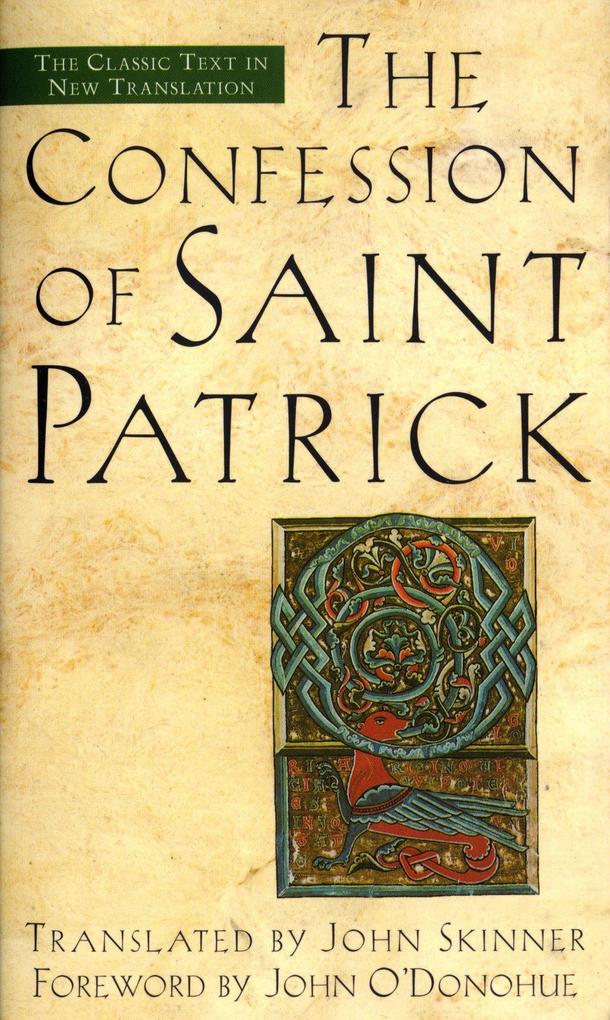 The Confession of Saint Patrick: The Classic Text in New Translation

von John Skinner
Sprache: Englisch.
Taschenbuch
The autobiography of one of the most popular saints in history, now available in a new translation.

Beyond being recognized as the patron saint of Ireland (perhaps for having chased some nonexistent snakes off the Emerald Isle), little else is popular … weiterlesen

The autobiography of one of the most popular saints in history, now available in a new translation.

Beyond being recognized as the patron saint of Ireland (perhaps for having chased some nonexistent snakes off the Emerald Isle), little else is popularly known about Saint Patrick. And yet, Patrick left behind a unique document, his Confession, which tells us much about both his life and his beliefs. This autobiography, originally written in the fifth century, and short by modern standards, is nonetheless a work that fascinates with its glimpse into the life of an intriguing man, and inspires with its testament of faith. Here, in this new edition from internationally acclaimed translator John Skinner, the character of Patrick, his era, and his world vividly come to life.

Also included in this volume is the only other document known to have been written by Patrick, a letter he wrote to the soldiers of Coroticus--also Christians--who had raided parts of Ireland and taken away prisoners who were then sold into slavery. This letter is a wonderful demonstration of Patrick's rhetorical fire. Quite irate, Patrick harangues his fellow Christians, and the results are every bit as autobiographically revealing as the Confession.


John O'Donohue, author of Anam Cara, provides an insightful foreword that re-creates the unique spirituality of Patrick and of the Irish people, and shows how it applies to our lives today.

John Skinner studied to become a Jesuit priest before pursuing a career in writing. A former journalist with The Times of London, he has extensively researched the works of the great mystics and saints. He is the author of Hear Our Silence, a popular study of the English Carthusians, and translator of Revelation of Love by Julian of Norwich. He lives in London with his wife, and is currently at work on his next work for Doubleday, a modern edition of the autobiography of English mystic Margery Kempe.

John O'Donohue, a theologian and poet, is the author of Anam Cara. He lives in Ireland.