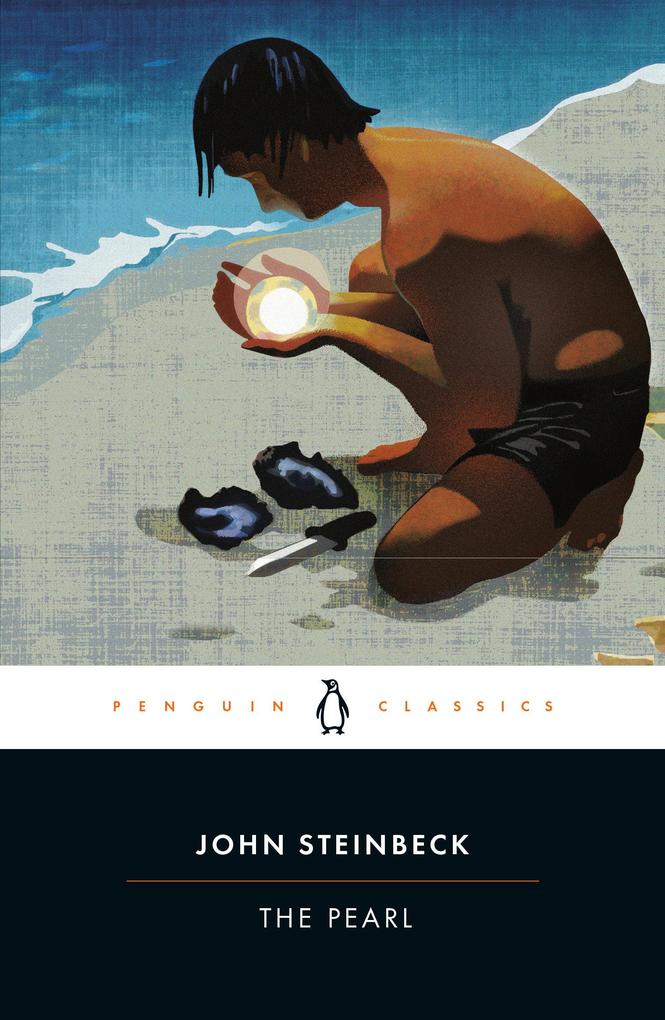 One of Steinbeck's most taught works, The Pearl is the story of the Mexican diver Kino, whose discovery of a magnificent pearl from the Gulf beds means the promise of a better … weiterlesen

"There it lay, the great pearl, perfect as the moon."

One of Steinbeck's most taught works, The Pearl is the story of the Mexican diver Kino, whose discovery of a magnificent pearl from the Gulf beds means the promise of a better life for his impoverished family. His dream blinds him to the greed and suspicions the pearl arouses in him and his neighbors, and even his loving wife Juana cannot temper his obsession or stem the events leading to tragedy. This classic novella from Nobel Prize-winner John Steinbeck examines the fallacy of the American dream, and illustrates the fall from innocence experienced by people who believe that wealth erases all problems.

Linda Wagner-Martin is Frank Borden Hanes Professor of English at the University of North Carolina at Chapel Hill and the editor of The Portable Edith Wharton.

Taschenbuch
The Moon is Down
von John Steinbeck

Taschenbuch
It All Adds Up: From the Dim Past to the…
von Saul Bellow