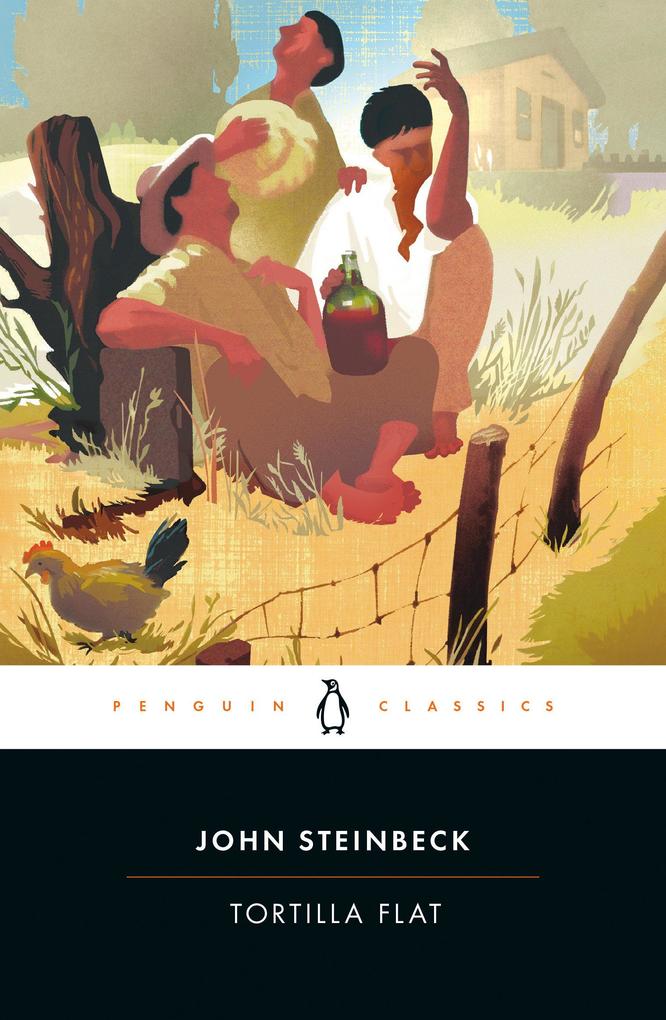 von John Steinbeck
Empfohlen ab 18 Jahre. Revised. Sprache: Englisch.
Taschenbuch
"Steinbeck is an artists; and he tells the stories of these lovable thieves and adulterers with a gentle and poetic purity of heart and of prose." -New York Herald Tribune

Adopting the structure and themes of the Arthurian legend, Jo … weiterlesen

"Steinbeck is an artists; and he tells the stories of these lovable thieves and adulterers with a gentle and poetic purity of heart and of prose." -New York Herald Tribune

Adopting the structure and themes of the Arthurian legend, John Steinbeck created a "Camelot" on a shabby hillside above the town of Monterey, California, and peopled it with a colorful band of knights. At the center of the tale is Danny, whose house, like Arthur's castle, becomes a gathering place for men looking for adventure, camaraderie, and a sense of belonging-men who fiercely resist the corrupting tide of honest toil and civil rectitude.

As Nobel Prize winner Steinbeck chronicles their deeds-their multiple lovers, their wonderful brawls, their Rabelaisian wine-drinking-he spins a tale as compelling and ultimately as touched by sorrow as the famous legends of the Round Table, which inspired him. This edition features an introduction by Thomas Fensch.