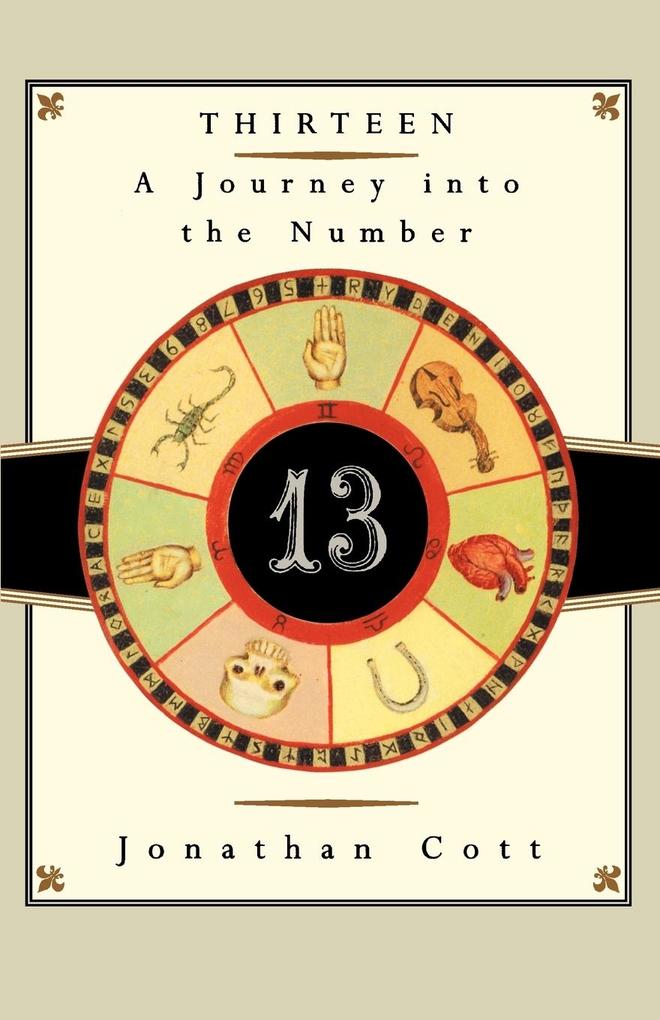 von Jonathan Cott
Paperback. Sprache: Englisch.
Taschenbuch
Odysseus, the 13th of his group of companions, is the only one to have escaped the devouring appetite of the Cyclops Polyphemus.

Odysseus, the 13th of his group of companions, is the only one to have escaped the devouring appetite of the Cyclops Polyphemus.

The ill-fated Apollo 13 mission was launched on April 11, 1970, at 1313 hours Central Time from Pad 39 (13 x 3), and had to be aborted on April 13 after the explosion of an oxygen tank serving the commanding ship. Three of the sleeping periods scheduled for the astronauts were supposed to start 13 minutes past the hour, as was one of the possible splashdown times.

There are said to be 13 stages of Buddhahood consisting of ten bohisattva stages and three additional pre-Buddhist stages.

When Queen Elizabeth II paid a visit to West Germany in 1965, the number of the platform at Duisburg railway station, from which she was about to depart, was changed from 13 to 12A.

From the Yorkshire Post, May 1960: "A note left by a window cleaner who was found dead in a gas-filled room at his home said: 'It just needed to rain today-Friday the 13th-for me to make up my mind.'"

Jonathan Cott is a contributing editor at Rolling Stone and has written for The New York Times and The New Yorker. He is the author of 19 books, including Pipers at the Gates of Dawn: The Wisdom of Children's Literature and, Days That I'll Remember: Spending Time with John and Yoko. He collaborated with Maurice Sendak on the book Victorian Color Picture Books, and he is the editor of Beyond the Looking Glass: Extraordinary Works of Fairy Tale and Fantasy. He lives in New York City.