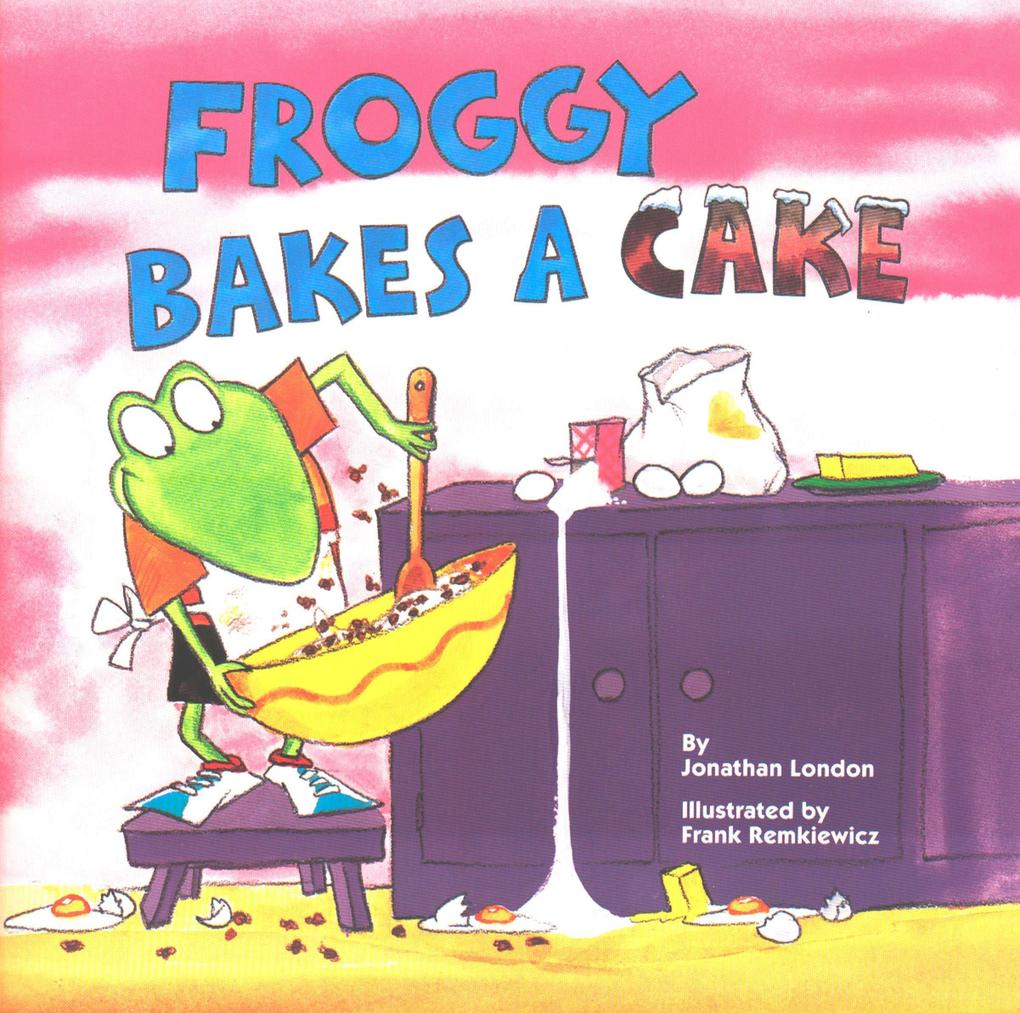 15% Rabatt10 sichern mit Gutscheincode: SEPTEMBER
​
It's Froggy's mother's birthday, and Froggy wants to bake her birthday cake all by himself. He gathers the chocolate, the sugar, the eggs, the flour, and pretty soon, Froggy has all the ingredients he needs to make-a big mess!

It's Froggy's mother's birthday, and Froggy wants to bake her birthday cake all by himself. He gathers the chocolate, the sugar, the eggs, the flour, and pretty soon, Froggy has all the ingredients he needs to make-a big mess!

Jonathan London and Frank Remkiewicz have collaborated on the six previous Froggy books, and they've cooked up another winner here, sweetened with generous helpings of Froggy humor and charm.

Jonathan London is the creator of more than 20 books about the lovable and enduringly popular character Froggy. He is also a poet and a novelist. He burst on the children's book scene in 1992 with the publication of three picture books. Since then he has published over 100 picture books, including the Froggy series and the young adult novel Where's Home? Jonathan London started writing poetry in his late teens. Although he received a Masters Degree in Social Sciences and never formally studied literature or creative writing, he began to consider himself a "writer" about the time he graduated from college. After college, he became a dancer in a modern dance company and worked at numerous low-paying jobs as a laborer or counselor. However, during this 20-year period, London continued to write. He wrote poems and short stories for adults, earning next to nothing despite being published in many literary magazines. "It wasn't until I had kids of my own that I became a writer for children," he explains. "It all started with telling them stories when they were very young. I wrote down one of these stories, and it became The Owl Who Became the Moon, my first picture book sale (though it was my fourth to appear in print). Now I am finally making a living as a writer. A dream come true!" Born a "Navy brat" in Brooklyn, New York, London was raised on naval stations throughout the US and Puerto Rico. Today he lives with his wife, Maureen, and their two sons, Aaron and Sean, in rural Northern California, where they like to backpack in the summer, play in the snow in winter, and dance all year around.

Frank Remkiewicz is an award-winning illustrator and author of more than 100 children's books, including the popular Froggy series by Jonathan London. Prior to his career in publishing, he created art for posters and greeting cards. Remkiewicz lives on the Gulf Coast of Florida with his wife, Sylvia Nissley. To learn more, visit remkiewicz.com.