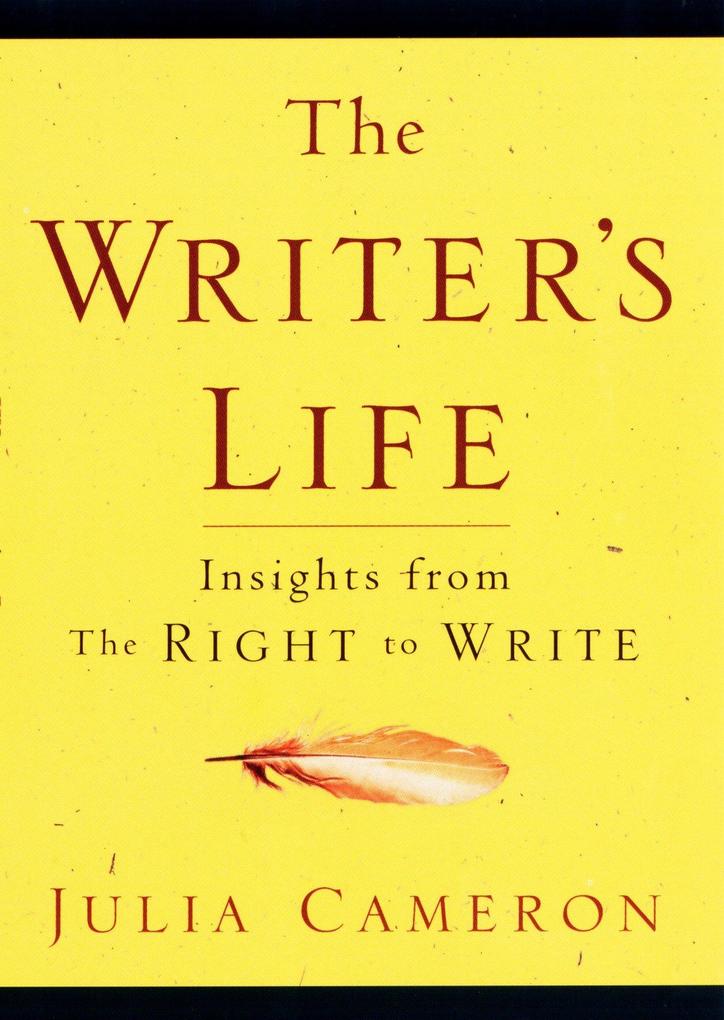 The Writer's Life: Insights from the Right to Write

Titel: The Writer's Life: Insights from the Right to Write
Autor/en: Julia Cameron

In her groundbreaking book The Right to Write, Julia Cameron dismantled the mythology surrounding the writing life in our culture. Tackling issues such as time, mood, inspiration, and support, she revealed that writing is in fact a natural-and crucial-part of life. Questions of how, when, and why yielded to the virtual tool kit of strategies, tips, and tools she provides in this extremely valuable book. With The Writer's Life, Cameron's pivotal insights and pointers are distilled in a tiny, portable companion that will help readers lead a writer's life more easily, joyfully, and powerfully.

Julia Cameron has been an active artist for more than three decades. She is the author of more than thirty books, including such bestselling works on the creative process as The Artist's Way, Walking in This World, and Finding Water. Also a novelist, playwright, songwriter, and poet, she has multiple credits in theater, film, and television, including an episode of Miami Vice, which featured Miles Davis, and Elvis and the Beauty Queen, which starred Don Johnson. She was a writer on such movies as Taxi Driver, New York, New York, and The Last Waltz. She wrote, produced, and directed the award-winning independent feature film God's Will, which premiered at the Chicago International Film Festival, and was selected by the London Film Festival, the Munich International Film Festival, and the Women in Film Festival, among others. In addition to making films, Cameron has taught film at such diverse places as Chicago Filmmakers, Northwestern University, and Columbia College. She is also an award-winning playwright, whose work has appeared on such well-known stages as the McCarter Theater at Princeton University and the Denver Center for the Performing Arts.