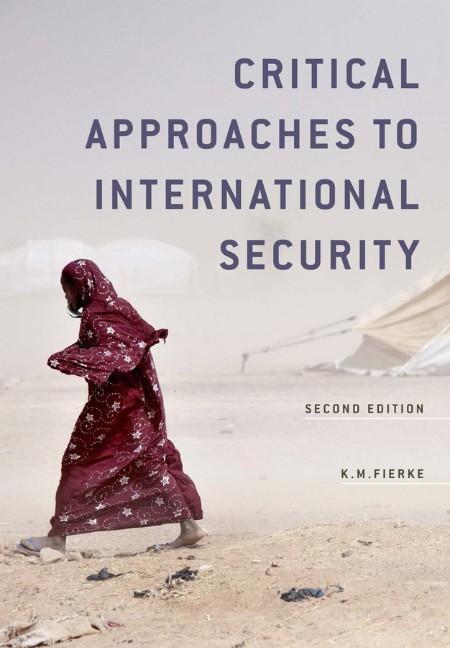 14% Rabatt sichern mit Gutscheincode: LIEBE14
​
During the Cold War the concept of international security was understood in military terms as the threat or use of force by states. The end of EastÐWest hostilities, however, brought 'critical' perspectives to the fore as scholars sought to explain t … weiterlesen
Dieser Artikel ist auch verfügbar als:
Geschenk per Mail versenden
Taschenbuch

During the Cold War the concept of international security was understood in military terms as the threat or use of force by states. The end of EastÐWest hostilities, however, brought 'critical' perspectives to the fore as scholars sought to explain the emergence of new challenges to international stability, such as environmental degradation, immigration and terrorism.

The second edition of this popular and highly respected text offers a wide-ranging and comprehensive analysis of the growing field of critical security studies. All the chapters have been fully revised and updated to map the on-going evolution of debates about international security since 1989, including the more recent shift in emphasis from critiques of the realist practices of states to those of global liberal governance. Topics covered include the relationship between security and change, identity, the production of danger, fear and trauma, human insecurity and emancipation. The book explores the meaning and use of these concepts and their relevance to real-life situations ranging from the War on Terror to the Arab Spring, migration, suffering in war, failed states and state-building, and the changing landscape of the international system, with the emergence of a multipolar world and the escalation of global climate change.

Written with verve and clarity and incorporating new seminar activities and questions for class discussion, this book will be an invaluable resource for students of international relations and security studies.

K.M. Fierke is Professor of International Relations at the University of St. Andrews, and has taught or held research fellowships at the universities of Minnesota, Amsterdam, Oxford and Queen's Belfast. She is the author of Changing Games, Changing Strategies (1998), Diplomatic Interventions: Conflict and Change in a Globalizing World (2005), Political Self Sacrifice: Agency, Body and Emotion in International Relations (2013) numerous book chapters or articles on constructivism and security in prominent journals and co-editor of Constructing International Relations: The Next Generation (2001).

"In this second edition of Critical Approaches to International Security Karin Fierke retains the thematic strengths of the first edition while mapping changes in the contours of the field of critical security studies since 2007. With her focus on security as both constructed and necessarily political, Karin Fierke remains one of the most important voices on critical theoretical engagement with security in international relations. This text is a must-read for any student or researcher serious about the study and practice of security." Matt McDonald, The University of Queensland