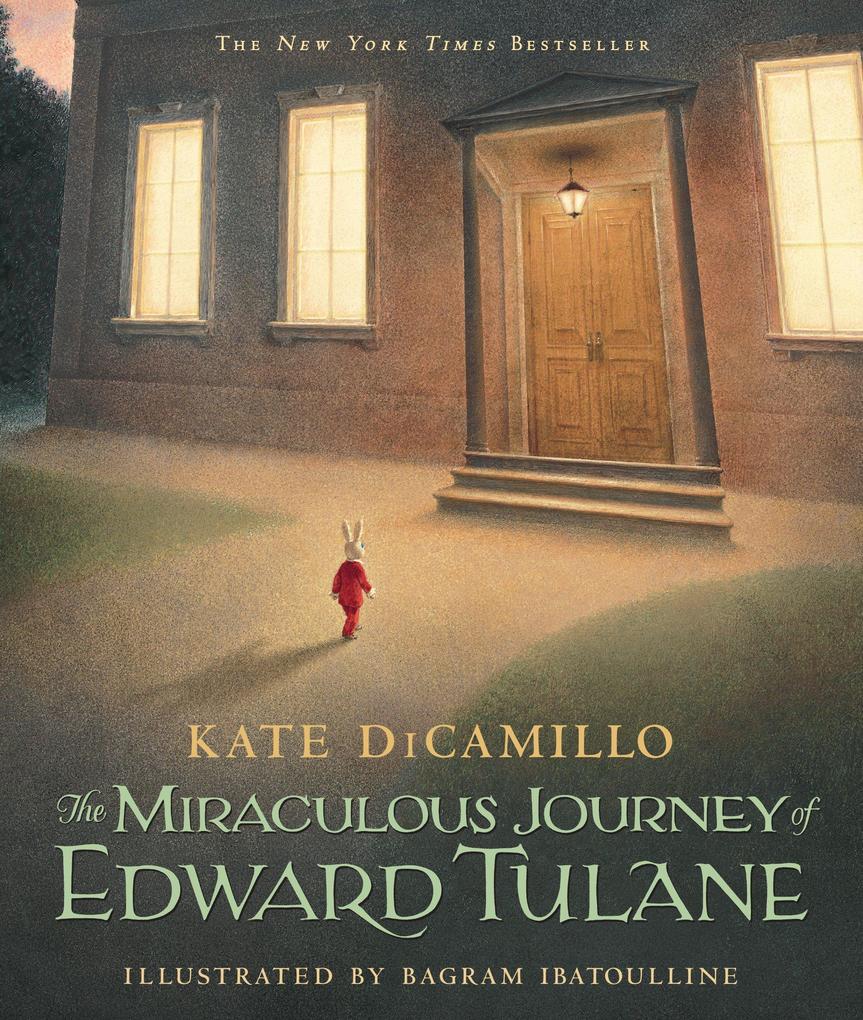 The Miraculous Journey of Edward Tulane

The #1 New York Times bestseller is available in paperback! This timeless tale by the incomparable Kate DiCamillo, complete with stunning illustrations by Bagram Ibatoulline, honors the enduring power of love.

Once, in a house on Egypt Street, there lived a china rabbit named Edward Tulane. The rabbit was very pleased with himself, and for good reason: he was owned by a girl named Abilene, who treated him with the utmost care and adored him completely.

And then, one day, he was lost.

Kate DiCamillo takes us on an extraordinary journey, from the depths of the ocean to the net of a fisherman, from the top of a garbage heap to the fireside of a hoboes' camp, from the bedside of an ailing child to the bustling streets of Memphis. And along the way, we are shown a true miracle - that even a heart of the most breakable kind can learn to love, to lose, and to love again.

KATE DICAMILLO is the author of THE TALE of DESPEREAUX which received the Newbery Medal; BECAUSE of WINN-DIXIE, which received a Newbery Honor; THE TIGER RISING, which was named a National Book Award Finalist; and, most recently, the MERCY WATSON stories. She says, "One Christmas, I received an elegantly dressed toy rabbit as a gift. I brought him home, placed him on a chair in my living room, and promptly forgot about him. A few days later, I dreamed that the rabbit was face-down on the ocean floor - lost, and waiting to be found. In telling THE MIRACULOUS JOURNEY OF EDWARD TULANE, I was lost for a good long while, too. And then, finally, like Edward, I was found."

BAGRAM IBATOULLINE is the illustrator of CROSSING by Philip Booth; THE NIGHTINGALE by Hans Christian Andersen, retold by Stephen Mitchell; THE ANIMAL HEDGE by Paul Fleischman; HANA in the TIME of the TULIPS by Deborah Noyes; and THE SERPENT CAME to GLOUCESTER by M. T. Anderson. He says, "It was a singular and most pleasurable experience to work on the illustrations for EDWARD TULANE and to be there with him on his journey. I must admit, I'm a bit wistful now that I've come to the end of this very special book."