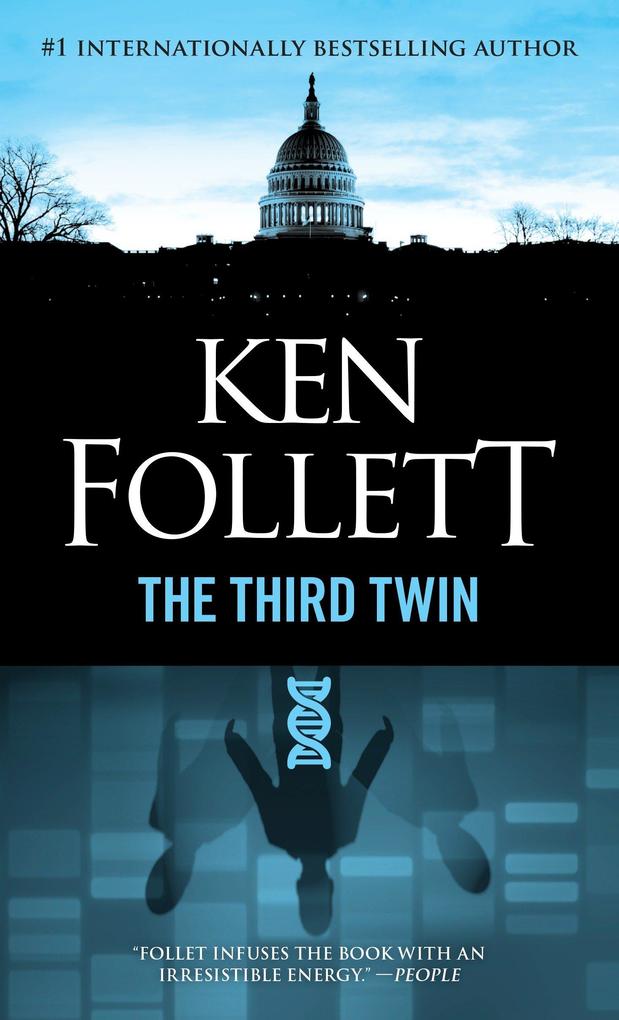 Third Twin: A Novel of Suspense

Using a restricted FBI database, genetic researcher Jeanie Ferrami has located identical twins born to different mothers. Frightened by her bizarre discovery, she is determined to discover the truth at any cost-until she finds herself at the center of a scandal that could ruin her career.

To extricate herself, Jeannie plunges into a maze of hidden evidence. With growing horror, she uncovers a cynical, far-reaching conspiracy involving disturbing genetic experiments and some of the most powerful men in America-men who will kill to keep their secrets concealed.

Ken Follett burst into the book world with Eye of the Needle, an award-winning thriller and international bestseller. After several more successful thrillers, he surprised everyone with The Pillars of the Earth and its long-awaited sequel, World Without End, a national and international bestseller. Follett's new, magnificent historical epic, the Century Trilogy, includes the bestselling Fall of Giants, Winter of the World, and Edge of Eternity. He lives in England with his wife, Barbara.

Praise for Ken Follett and The Third Twin

"Follett infuses the book with an irresistible energy." -People

"[A] page-turner . . . Follett is one of the smoothest suspense writers around, and The Third Twin will only enhance his reputation." -Chicago Tribune

"[Follett] is a master of the fast-paced plot." -The Washington Post

"His scenes whip along. And his ending is absolutely smashing." -The Virginian-Pilot

"Follett really knows how to tell a story." -The Atlanta Journal & Constitution