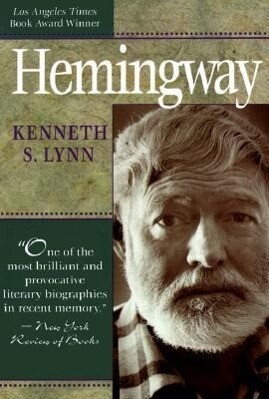 In this immensely powerful and revealing study, Kenneth S. Lynn explores the many tragic facets that both nurtured Hemingway's work and eroded his life.


*1. "I Had a Wonderful Novel to Write About Oak Park"

*6. "The World's a Jail and We're Going to Break It Together"

*12. Harold and Horace, Scott and Zelda

*24. "The Country Is Beautiful Around Here"

Essential...One reads Kenneth Lynn with excitement...He has shaped Hemingway's life and death into a story that approaches tragedy. New York Times Not only one of the most brilliant and provocative literary biographies in recent memory but also the study that Hemingway most urgently needs at this point in his critical fortunes...Lynn has provided a model of the way biographically informed criticism can catch the pulse of works about which everything appeared to have been said. In short, he has made Hemingway interesting again. -- Frederick Crews New York Review of Books Magnificent...Lynn's biography...never denies the ultimate heroism by which Hemingway survived his own debilitating inner conflicts. He never denigrates his genius. He has far too high a respect for the fine fiction that such heroism elicited...[An] accomplished, revealing and, all in all, profoundly sympathetic biography. Times Literary Supplement This is the most humane, balanced portrait of this extraordinary writer to date. Lynn does not worship the macho Papa, or make easy gibes at his subject's vanities and fibs, but shows a damaged, tormented, insecure man whose writing, for better and worse, was the product of his own psychological struggle. Sane, well-judged, it sends the reader back with renewed enthusiasm to the work. The Observer