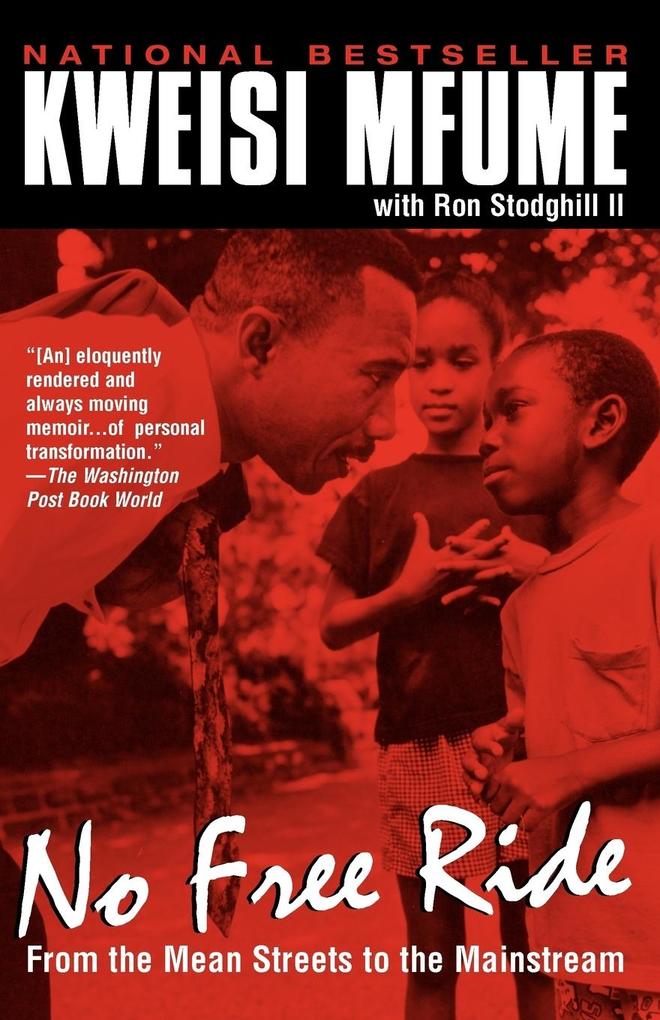 Courageous. Uplifting. Triumphant. The story of Kweisi Mfume is a classic American saga. Uprooted from the rural tranquillity of Turners Station and thrust upon the gritty streets of west Baltimore, the child born Frizzell Gray seemed fated to become another statistic of Black urban pathology. In a household shattered by domestic violence and emotional strife, Frizzell had only the strong arms of his loving mother to protect him and his three younger sisters. But when he was sixteen years old, his cancer-stricken mother died in his arms, and his world was shattered. To survive, he turned to the streets. He dropped out of school, worked odd jobs, and hustled for money. Torn apart by the rough code of street gangs and the Vietnam war that sent his best friends home in body bags, Frizzell had fathered five children out of wedlock by the time he was twenty-two.
But fate stepped in. In a life-altering moment of revelation, Frizzell saw where he was headed and realized that everything about the old Frizzell Gray would have to die. As he embarked on the journey to transform himself, he affirmed his spiritual rebirth and took the name Kweisi Mfume, Ghanian for "Conquering Son of Kings." Today, a quarter-century later, Kweisi Mfume is among the most respected and influential leaders in the United States.
Mfume's journey into the nations power elite was as rocky as it was colorful: from night GED courses to college student activism to militant radio disc jockey, where his first philosophical battles were fought against James Brown, the "Godfather of Soul." Mfume's emergence as a political figure broke every rule--he parlayed his burgeoning fame as a talk-radio provocateur to win a seat as a maverick member of the Baltimore City Council. He then took on the local political machine to represent a Congressional district that encompasses both the poorest of the poor and the richest of the rich.
Once he arrived in Washington, Mfume proved to be a bold political strategist, facing off against Presidents Reagan, Bush, and Clinton on such issues as aid to the Nicaraguan contras, the Civil Rights Bill, Lani Guinier's embattled nomination for Attorney General, and sending U.S. armed forces into Haiti. As Chairman of the Congressional Black Caucus, he led the CBC through a period of unprecedented dynamism. And in international affairs, Mfume's relentless campaign to end apartheid has earned him the respect and friendship of Nelson Mandela.
Far from a kiss-and-tell political memoir, No Free Ride illuminates the forces that helped shape a new wave of Black leaders left to carry the torch for Martin Luther King, Jr. and Malcolm X. Mfume moves beyond the divisive rhetoric of white fear and Black anger generated by the assault on affirmative action, the O.J. verdict, and the Million Man March. He exposes the myth of arrogant, self-righteous values and affirms the real value of values. And while Mfume asserts that " the government can't and won't solve every one of our problems," he doesn't hesitate to indict those who collude in the soul murder of America's poor and forgotten.
In this candid and insightful memoir, Mfume reminds us that everything has a price, and that as citizens of a democracy, none of us can expect a free ride. His visionary blueprint for all Americans, white and Black, can guide us as we face the challenge of fashioning a society in which our two nations can at last become one.