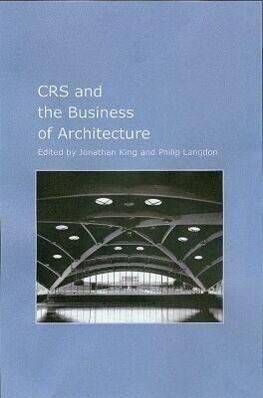 von Larry L. King
Sprache: Englisch.
Taschenbuch
In the 1960s when the Supreme Court rules that African Americans must be admitted to the university in an unnamed Southern state, Governor Cullie Blanton is about to run for re-election. One of his opponents is "Bayonet Bill" Wooster, an ex-marine ge … weiterlesen
Geschenk per Mail versenden
Taschenbuch

In the 1960s when the Supreme Court rules that African Americans must be admitted to the university in an unnamed Southern state, Governor Cullie Blanton is about to run for re-election. One of his opponents is "Bayonet Bill" Wooster, an ex-marine general who bases his campaign on fear of racial integration, fear of Communists, and fear of the federal government; he presents himself as the leader in a holy war against the incumbent infidel. The other candidate is Poppa Posey, a former governor who raises hound dogs, quotes Shakespeare, and hopes to use Wooster's money to split support for Blanton.Only Blanton understands that integration is inevitable and that his task must be to make the transition as painless and bloodless as possible. That he fails may be due in part to his freewheeling, power-driven personality. But Blanton is also defeated by inertia, tradition, and demagoguery. He is, as he once describes himself, someone "who just got in the way of goddamn history".Is the state Texas and the governor Lyndon B. Johnson? King denies it, arguing that there are equal parts of Huey Long, Herman Talmadge, and Alfalfa Bill Murray. But, as Erisman says in his foreword, "Blanton, in his wheeling and dealing, his crudities and profanity, his ruthlessness and his compassion, is a dead-on portrait of LBJ in full cry".The One-Eyed Man presents a hauntingly clear picture of the 1960s in the South -- the national grief over the assassination of President John F. Kennedy, the racial turmoil, the human dilemma faced by North and South alike. And it poses haunting questions for the reader: what separates the demagogue from the leader? What injustices are acceptable in the name of a largerjustice? Who determines the greatest good for the greatest number?

Larry L. King is the author of thirteen books and seven stage plays as well as television documentaries, screenplays, short stories, and hundreds of magazine essays. The recipient of many honors and awards, he is best known for "The Best Little Whorehouse in Texas." His latest book is "Larry L. King: A Writer""'""s Life in Letters, Or, Reflections in a Bloodshot Eye" (TCU Press, 1999). A native Texan, King lives in Washington, D.C

Taschenbuch
But Not for Love
von Edwin Shrake