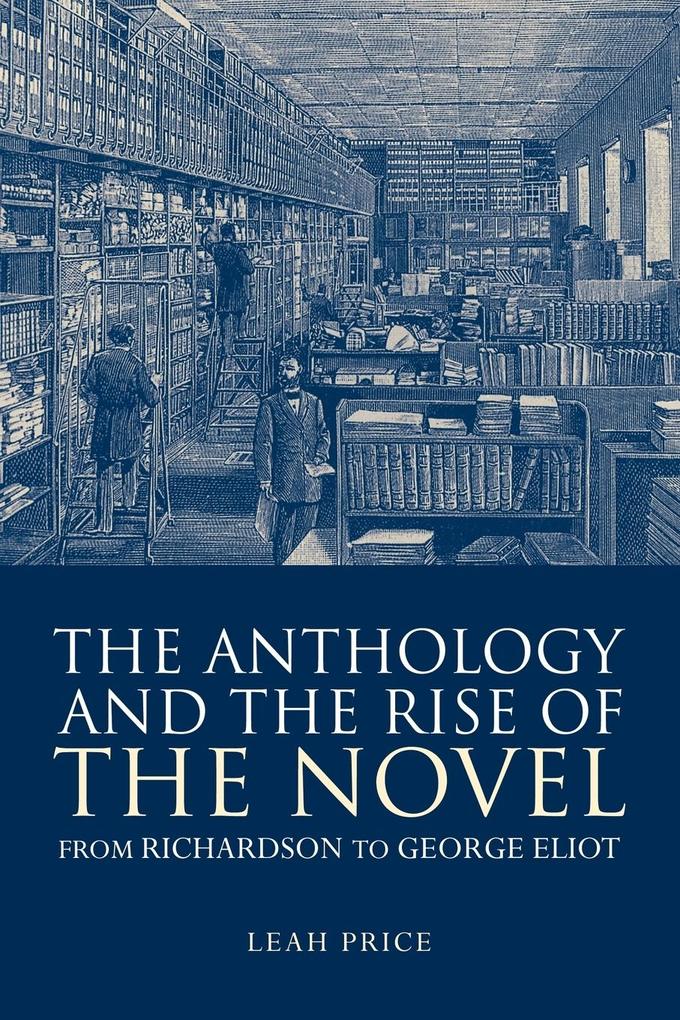 The Anthology and the Rise of the Novel

Titel: The Anthology and the Rise of the Novel
Autor/en: Leah Price

Leah Price's book challenges established theories of 'the rise of the novel'.

Leah Price is Professor of English at Harvard University.

'Leah Price has written a very original, imaginative, and compelling book. Who knew that George Eliot was stalked by readers trying to claim credit for writing her novels? Or that Ann Radcliffe introduced the practice of heading chapters with epigraphs? Who has ever noticed that skimming is like abridgement and skipping is like anthologising? Such delectable morsels alone would make this book attractive. When mixed in with its original and imaginative approach to literary history, they make The Anthology and the Rise of the Novel positively irresistible.' Mary Poovey 'Leah Price's study addresses a form of literature which has often been very little regarded or valued: that of the anthology and the abridgement. Price has produced a brilliant analysis of the uses of such volumes and has succeeded in re-casting questions usually ignored in literary criticism.' Gillian Beer 'Where other studies have examined the history of the novel in relation to romance, to the rise of the middle class or to emergent forms of subjectivity 'the discours du jour', Leah Price looks at novels in relation to the history of the book, and to the proliferation of anthologies in particular. It is a refreshing change ... The Anthology and the Rise of the Novel opens with a brilliant consideration of Samuel Richardson's career ... Her book is rich in insights, among the most striking that the process of skimming is like abridging, and that the process of skipping is like anthologising. This observation is delightfully scandalous: very few people, and even fewer academics, ever publicly admit to being bored by long novels, to skimming them, or to skipping to passages which seem more interesting.' Claudia Johnson, London Review of Books 'Price ... brings together book history and narrative theory in subtle ways to reach sometimes surprisingly original and engaging conclusions about the effects anthologizers, abridgers, and republishers have had on the production and form of narratives, particularly women's fiction ... The book is unusually well informed by contemporaneous as well as contemporary reviews and criticism. Equally refreshing is the thoughtfulness and frequent wry duality of Price's observations ... Essential for any self-respecting academic library ...' Choice 'Leah Price's dazzlingly inventive The Anthology and the Rise of the Novel gives novel theory an original turn at the start of the twenty-first century. Price executes with elegance and dexterity not one, but many conceptual leaps as she charts the development of the anthology and its influence on the form of the novel.' Joe Bray - RES '... groundbreaking ... utterly brilliant ... material history at its best.' Laura Mandell, Wordsworth Circle '... a delight to read ...'. David Clifford, Women: A Cultural Review 'Meticulous, thoughtful, and original ... This excellent study suggests important, fresh ways of thinking about fiction, culture, gender, and reading.' Barbara Benedict, Eighteenth-Century Studies 'I believe that Leah Price is on to something important.' Modernism/Modernity 'Price presents a sparkling study, full of surprising sorties into unexpected and unexplored textual categories and parallels between different types of texts.' Zeitschrift fur Anglistik unk Amerikanistik ' ... vigorous and ramificatory ...' BARS Bulletin

Schreiben Sie eine Bewertung für: The Anthology and the Rise of the Novel