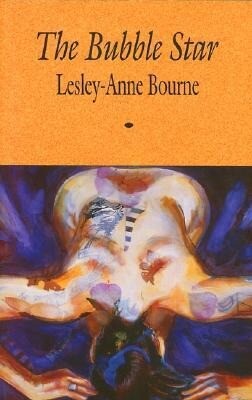 von Lesley-Anne Bourne
New. Sprache: Englisch.
Taschenbuch
The characters, setting and atmosphere of The Bubble Star are both rural (northern Ontario) and urban (Toronto). The novel focuses primarily on women - three sisters - and their relationships with each other and with men. We have marriage, we have af … weiterlesen
Geschenk per Mail versenden
Taschenbuch

The characters, setting and atmosphere of The Bubble Star are both rural (northern Ontario) and urban (Toronto). The novel focuses primarily on women - three sisters - and their relationships with each other and with men. We have marriage, we have affairs, we have a bit of sex, including a scene in an upscale bamboo furniture boutique. One of the secondary characters is a gay male. A lesbian couple appears, and one of the women is married to a professor who is having an affair with one of the sisters working in retail.

Lesley-Anne Bourne was born in North Bay, Ontario, in 1964, and received an Honours B.A. from York University and an M.F.A in Creative Writing from the University of British Columbia. Three collections of her poetry have been published: The Story of Pears (1990), which was a finalist for the Gerald Lampert Award; Skinny Girls (1993); and Field Day (1996). She is the recipient of the Milton Acorn/Air Nova Poetry Award, the Banff Centre's Bliss Carman Award for poetry, and the Carl Sentner Fiction Award. In 1994 she was honoured with the Air Canada Award, administered by the Canadian Authors' Association, for a Canadian writer under thirty who shows outstanding promise. The Bubble Star is her first novel. Lesley lives in Charlottetown and teaches at the University of Prince Edward Island.

'This is a clear and intelligent voice whose economy and intelligence of imagery is not minimalist but, rather, efficient, like the movements of ballet dancers when they need to make an emotional point.' -- Sharon Thesen Canadian Literature 'The stories' slender plots pivot on overtly familiar situations. Yet the sisters and their stories are anything but commonplace. With tender insight, wit and an assured touch for subtly resonant moments and details, Borne has created three sisters who are a passionate mixture of backbone and fragility, blindness and understanding, hesitation and impulse, guardedness and openness. It's their very ambivalence, indecision and inner conflicts, coupled with their ruefully ironic awareness of the soap opera qualities of their love lives, that makes them so real and appealing... In these quietly intense, economically-written stories, which so movingly blend the poignant with the absurd, Bourne powerfully evokes the turbulent landscape of want, need, desire and memory that lies underneath the deceptively still surfaces of everyday life.' Toronto Star