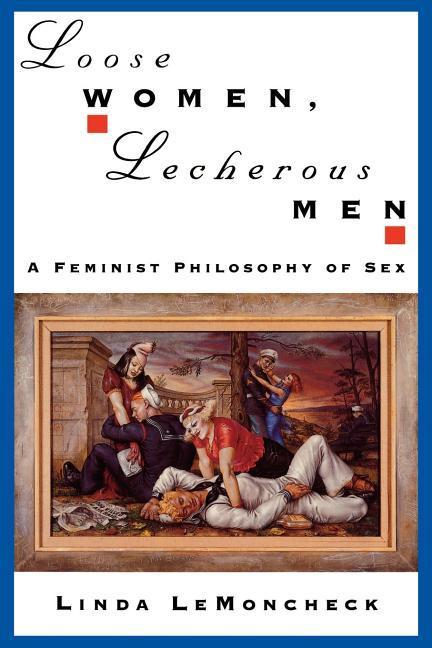 Linda LeMoncheck introduces a new way of thinking and talking about women's sexual pleasures, preferences, and desires. Using the tools of contemporary analytic philosophy, she discusses methods for mediating the tensions among apparently irreconcilable feminist perspectives on women's
sexuality and shows how a feminist epistemology and ethic can advance the dialogue in women's sexuality across a broad political spectrum. She argues that in order to capture the diversity and complexity of women's sexual experience, women's sexuality must be examined from two equally compelling
perspectives: that of women's sexual oppression under conditions of individual and institutional male dominance; and that of women's sexual liberation, both in terms of each woman's pursuit of sexual agency and self-definition, and in terms of women's sexual liberation as a class.
Loose Women, Lecherous Men sheds crucial new light on such much-debated topics as promiscuity, adultery, sexual deviance, prostitution, pornography, sexual harassment, and sexual violence against women. Her book supports a dialogue that encourages both women and men to take up a feminist perspective
in exploring the meaning and value of sexuality in their lives.

Linda Lemoncheck received her Ph.D. in philosophy from UCLA in 1981. She has taught philosophy at Occidental College, UCLA, California State University, Long Beach, and USC. Her books and articles in feminist philosophy and applied ethics include Sexual Harassment: A Debate (with Mane Hajdin), Dehumanizing Women: Treating Persons as Sex Objects, and "Feminist Politics and Feminist Ethics: Treating Women as Sex Objects," in Philosophical Perspectives on Sex and Love (OUP, 1995).

"Every time I pick up LeMoncheck's book, Loose Women and Lecherous Men, I learn something from it. ... LeMoncheck checks all fallacies at the door, spinning sound, airtight arguments...riveting, fascinating... Few authors can do this with such grace, methodological soundness, or succint reasoning. ...a must"--Canadian Journal of Women and the Law
"A splendid contribution to several important philosophical debates. The book is challenging, instructive, and invariably stimulating."--Raymond Angelo Belliotti, SUNY Fredonia