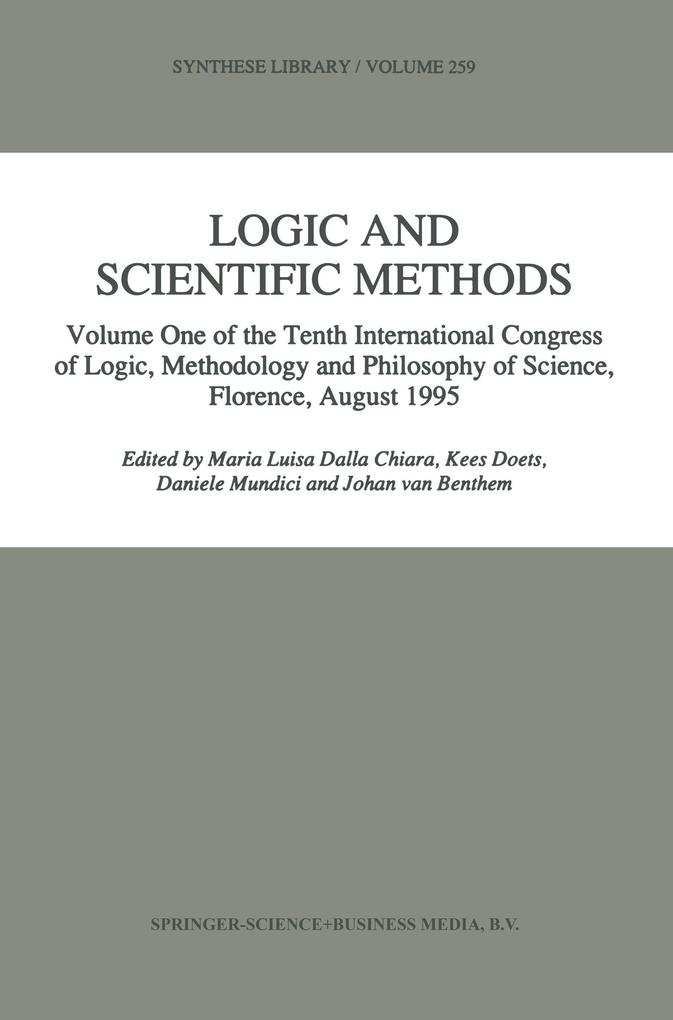 This is the first of two volumes comprising the papers submitted for publication by the invited participants to the Tenth International Congress of Logic, Methodology and Philosophy of Science, held in Florence, August 1995. The Congress was held under the auspices of the International Union of History and Philosophy of Science, Division of Logic, Methodology and Philosophy of Science. The invited lectures published in the two volumes demonstrate much of what goes on in the fields of the Congress and give the state of the art of current research. The two volumes cover the traditional subdisciplines of mathematical logic and philosophical logic, as well as their interfaces with computer science, linguistics and philosophy. Philosophy of science is broadly represented, too, including general issues of natural sciences, social sciences and humanities. The papers in Volume One are concerned with logic, mathematical logic, the philosophy of logic and mathematics, and computer science.

from the jury report:
`Van Benthem has positioned logic as an interdisciplinary science par excellence ... It is through his work that logic has acquired a bridge-function between alpha and gamma sciences on the one side and beta sciences on the other ... Van Benthem is a stimulating and innovative researcher, which explains his great attraction to young researchers. Under his inspirational guidance 38 promovendi from the Netherlands and abroad have finished their theses. In view of Van Benthem's innovative powers and the high level of his research, a number of initiatives are to be expected from him that will further strengthen the Dutch position of logic, more especially so in connection with the formal study of natural language.'