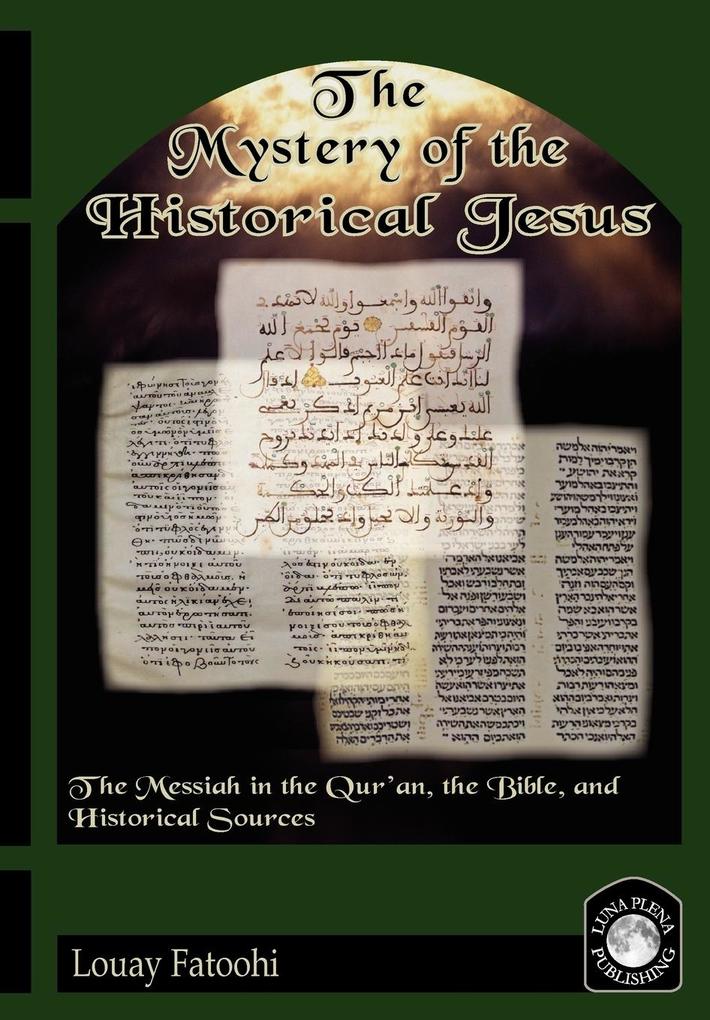 The Mystery of the Historical Jesus

von Louay Fatoohi
Paperback. Sprache: Englisch.
Taschenbuch
Jesus remains one of the most studied characters in history. In the two millennia since his birth, countless writers have published numerous books and articles on every aspect of his life, personality, teachings, and environment. Depending on the bac … weiterlesen
Geschenk per Mail versenden
Taschenbuch

Titel: The Mystery of the Historical Jesus
Autor/en: Louay Fatoohi

Jesus remains one of the most studied characters in history. In the two millennia since his birth, countless writers have published numerous books and articles on every aspect of his life, personality, teachings, and environment. Depending on the backgrounds, goals, and trainings of their respective authors, these works relied on the New Testament, other Christian sources, Jewish writings, or other historical sources, or on combinations of these writings. The Qur'an is rarely mentioned, let alone seriously considered, by the mainly Christian authors of these studies. This explicit or implicit neglect reflects a presumed historical worthlessness of the Qur'an.

Muslim scholars have also written extensively about Jesus. Contrary to their Western counterparts, they have studied in detail what the Qur'an and other Islamic sources say about Jesus. The Christian image of Jesus is often cited to be dismissed, usually on the basis of what Islamic sources say, but at times also because of its incoherence and inconsistency. Like Western scholars who have ignored the Qur'an, Muslim writers have shown no interest in independent historical sources.

This book fills a gap in the literature on the historical Jesus by taking the unique approach of considering together the Qur'an, the Gospels, and other religious and historical sources. This genuinely new contribution to the scholarship on the historical Jesus shows that, unlike the New Testament accounts, the Qur'anic image of Jesus is both internally consistent and reconcilable with known history. While showing that our understanding of how the New Testament was formed and our growing knowledge of history confirm that the Christian Jesus is unhistorical, this study makes a strong case for the historicity of the Jesus of the Qur'an.

Its friendly style makes this comprehensive book suitable for the general reader as well as the specialist. Readers with interest in the historical Jesus, the Messiah in the various scriptures, modern Qur'anic exegesis, or comparative religion will find this compelling study highly informative and thought-provoking. No specialist knowledge of any scripture or history is required for reading the book.