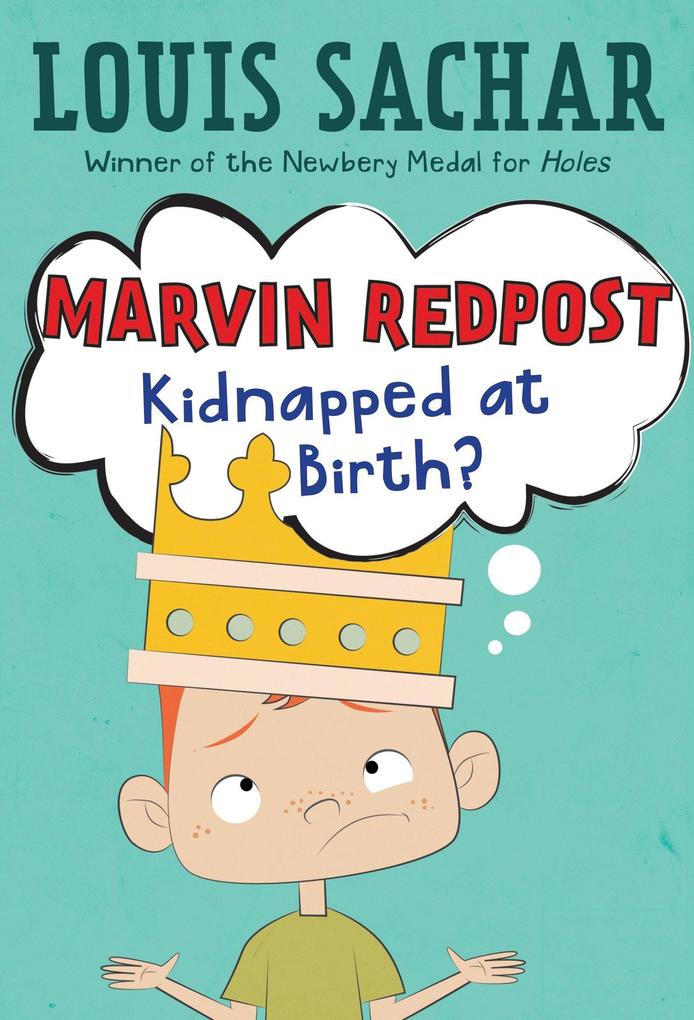 Marvin Redpost has never felt like he fits in with his family. So when he hears a news report about a missing pr … weiterlesen

Marvin Redpost has never felt like he fits in with his family. So when he hears a news report about a missing prince who looks just like him, he knows exactly what happened. Now all he has to do is tell Mr. and Mrs. Redpost that it's time for him to move in with his real parents at the castle….

Hilarious and relatable, Marvin Redpost is perfect for kids who love to bond with quirky characters like Junie B. Jones and George Brown, Class Clown.

Louis Sachar does not have red hair or royal blood. However, he is the bestselling author of the award-winning novel Holes, as well as Small Steps, The Cardturner, Stanley Yelnats' Survival Guide to Camp Green Lake, There's a Boy in the Girls' Bathroom, The Boy Who Lost His Face, Dogs Don't Tell Jokes, Fuzzy Mud, and the rest of the Marvin Redpost series, among many others. Visit him at louissachar.com.

"The story is wonderfully logical and absurd, with a wit and attention to detail rare in an easy reader."--Bulletin, Center for Children's Books. "Fast paced, easy to read, and full of humor."--School Library Journal.
Kunden, die diesen Artikel gekauft haben, kauften auch

Taschenbuch
Marvin Redpost #3: Is He a Girl?
von Louis Sachar